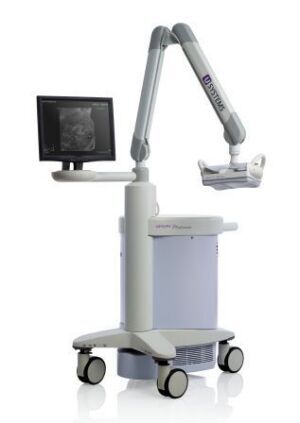 somo*v ABUS (Credit: U-Systems)
U-Systems has gotten one step closer to Food and Drug Administration approval to market the first automated breast ultrasound system to be used as an adjunct to mammography during screenings for women with dense breasts.

The company said Monday it received an "approvable" letter for its somo*v ABUS system. This means the agency could approve the device once the company's factories and manufacturing processes pass an audit.

"With this response from the FDA, we will begin preparing for the launch of the somo*v ABUS system across the U.S.," Ron Ho, the company's president, said in a statement.

Research is ongoing, but some doctors believe that women with mammographically dense breasts would benefit from receiving supplemental ultrasound or MRI scans in addition to X-ray screening, as their breast density can make it harder for radiologists to spot lesions on X-rays.

Last month, an FDA advisory panel unanimously voted to approve the U-Systems device as an adjunct for screenings for asymptomatic women with dense breasts. The agency doesn't have to listen to its advisory panels, but it usually does.

The somo*v was cleared for diagnostic use in 2005.