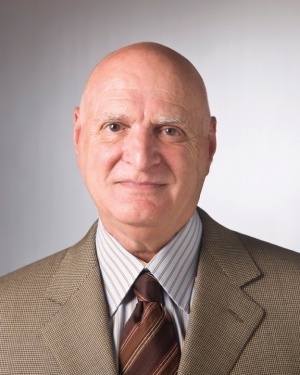 DMBN: How did you become involved in proton therapy?
Arzt: I’ve been involved for about 25 years starting with Loma Linda University Medical Center, which built the first U.S. proton center. I was working with Dr. James Slater, he was my mentor and taught me everything I know about proton therapy. Dr Slater asked me to set up a Washington D.C. office to help with efforts to get the Loma Linda proton project funded by the U.S. Department of Energy. It evolved from there.

DMBN: How have you seen the field evolve over the years?
Arzt: “Evolving” is the right word. Proton therapy has “evolved” and is very much “evolving.” Meaning, it continues to grow with incredibly strong interest. I know Dr. Slater envisioned 100 proton centers. We may get there someday, but I doubt it. I think the question of funding— what is takes to build a center—has always been an issue.

DMBN: Why would a cancer patient choose to undergo proton beam radiation therapy versus traditional radiation?
Arzt: For the most part, it evolved over many years going back to Loma Linda University Medical Center in California when it was all word of mouth, starting with men with prostate cancer. They self referred themselves. They have discovered that in the world of radiation, proton beam radiation therapy is a superior form of radiation that provides minimal side effects or sometimes none. We’re still a small radiation community compared to conventional X-ray radiation. Today, proton therapy comprises only 1 percent of all radiation oncology procedures, but will grow to 5 percent in five years. Still, quite small comparatively. At the moment, there are currently 10 operating centers around the country and another 10 or more under construction or in the pipeline.

DMBN: Are the benefits of proton therapy worth thehuge costs?
Arzt: Absolutely. Patients know it’s worth it because they are seeking to minimize harm and morbidity. So if they can live a healthy lifestyle while being treated, it’s worth it. Patients also know their chances of better long-term quality of life outcomes increases with proton therapy. If they are a Medicare patient, costs are covered. But it’s all driven by what patients demand and how they perceive the differences.

DMBN: How are cheaper devices with smaller footprints having an impact on patient access?
Arzt: As the technology has evolved, the cost of the technology has been reduced. We see one company out there that may be a game changer: Mevion Medical Systems. It has established itself as a lower-cost machine so that certainly looks like it could transform the proton landscape so more hospitals have access to proton therapy on a smaller scale. At the same time, most importantly, it provides for more access for patients and treatment slots. Also the good thing is patients won’t have to travel as far to find a center, perhaps locating one in their own city or state. For the first 10 to 12 years, if patients wanted the therapy they had to travel to California, and stay for as long as eight to nine weeks. So, accessibility and availability of proton therapy for patients is equally as important as the whole idea of keeping up with proton therapy development.