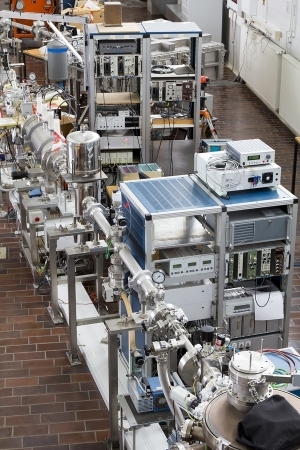 The first commercial lab that will be able to make several radioisotopes used in nuclear imaging, which were only previously available offshore or from national labs, is slated to open in the U.S.

Zevacor Molecular, an Indiana-based company that manufactures PET and SPECT radiopharmaceuticals, announced last week that they have secured funding to develop and run the only commercial 70MeV cyclotron dedicated to medical use in the U.S.

"We made the decision commercially that it makes sense to have one here in the United States to support the radiopharmaceutical business," Peter Webner, vice president of business and clinical development at Zevacor, told DOTmed News.

70MeV cyclotrons are primarily for SPECT drugs used by companies like Lantheus, Nordion and Mallinckrodt. Zevacor's 70MeV will be able to make many research radionuclides, plus large quantities of Sr-82 for rubidium-82 generators, and Ge-68 for Gallium-68 generators. Currently, the only sources for these products are national labs, according to Webner.

For example, Bracco Diagnostics, the only company that produces a rubidium generator used in over 90 percent of cardiac PET scanning, won't have to rely on an offshore supply. Half the year they get their supply from Los Alamos National Laboratory and the other half of the year from South Africa, Russia or France.

"We are trying to stop the complex supply chain," said Webner. They are also trying to minimize drug shortages that have plagued the market.

There is only one 70MeV in existence in the world today — in France — although a second one is being made for a national lab in Italy.

Zevacor's 70MeV is expected to be operational in 2016. Right now the company is in the process of securing a site for the facility, which will eventually be a mega-facility with up to five cyclotrons that can manufacture generators of all types.