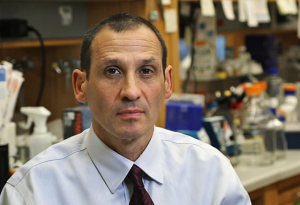 Dr. Edward Patz Jr.
Debate continues to swirl around the benefits of having high-risk smokers undergo annual CT screenings for lung cancer, with a recent analysis of some of the data from the National Lung Screening Trial finding that nearly 20 percent of lung cancers detected by low-dose CT scans likely wouldn't have led to any problems, and that screening may in fact cause patients more harm than good.

The study, authored by Dr. Edward Patz Jr., a professor of radiology, pathology and pharmacology and cancer biology at Duke University School of Medicine, and published in JAMA Internal Medicine on Dec. 9, estimated that among the 1,089 lung cancers found by CT scans in the National Lung Screening Trial, 18.5 percent represented an overdiagnosis. The additional cost, anxiety and complications associated with unnecessary treatment of slow growing or clinically insignificant tumors — growths that never would have been diagnosed without CT — are a potential harm of screening.

"Nobody wants to have unnecessary surgery, or be labeled with the disease, if they don't have to," Patz told DOTmed News.

It's something to consider now that Medicare coverage for CT lung cancer screenings seems likely, with the U.S. Preventive Services Task Force this summer issuing a draft recommendation statement in favor of annual CT screenings for high-risk patients.

Patz and his team concluded that a mass screening program would be more valuable once there are better biomarkers and imaging techniques to predict which patients have more or less aggressive forms of lung cancer.

"Our purpose in developing a taxonomy of the potential harms of screening is to help investigators, policy makers, clinicians, and the public think more clearly and systematically about harms and to consider harms equally with benefits in decisions about screening," the authors wrote. "We do not assert that harms always outweigh benefits, only that it is always necessary to weigh the two."

Officials from the American College of Radiology said they are well aware of the risks related to CT screening, which also has the potential to save at least 20 percent of future deaths from lung cancer.

"Inherent in any screening process there will be overdiagnosis," said Dr. Ella Kazerooni, chair of the American College of Radiology Thoracic Imaging Panel.

The results of the NLST, released in 2011, showed that low-dose CT scans were better than X-ray at detecting early stages of lung cancer among current and former heavy smokers, before they develop symptoms, cutting down the mortality risk by 20 percent. This prompted the normally conservative USPSTF — which in the past has said frequent screenings for breast and ovarian cancers by and large do more harm than good — to recommend the annual lung cancer screenings for smokers at risk of developing lung cancer.
1(current)
2