Dr. Jeff Thompson on the future of sustainable health care 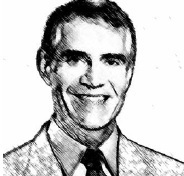 From the January 2014 issue of HealthCare Business News magazine

The U.S. health care system accounts for more than 8 percent of the country’s carbon footprint, according to research published in JAMA in 2009. While that may not seem like much, when you look at the specifics, the picture gets grimmer. That measly 8 percent equates to more than 536 million metric tons of carbon released into the atmosphere yearly, based on the most recent EPA numbers published in 2011. One promising bit of news is that the amount for the country as a whole has declined roughly 1 to 1.5 percent each year between 2005 and 2011. In part, it’s due to initiatives championed by socially and environmentally- conscious visionaries like Dr. Jeff Thompson, CEO and Chairman of the Boards of Gundersen Health System.

Lofty goals on target for success Thompson sees ways for hospitals to be both environmental stewards and profitable businesses. “It’s diminutive thinking to believe something is either good for the environment or good for the economy,” says Thompson. “So what we did was build a case where we say that engaging in this work is just part of our mission. Improving care, lowering costs and be a proper steward of the environment for our community are all goals we hold onto.”

But Thompson was fortunate that the board was willing to push boundaries and give sustainability efforts a try. The efforts have delivered huge returns. “When I talk to other CEOs or senior leaders about doing programs like we’ve done at Gundersen, they’re telling me their money is tight. I ask if they have treasury bills and such . . . that’s what I did. I took $2 million and invested it in different lighting, fans, etc. We save $1.3 every year from that investment.”

“We’re being economically responsible about how we do this — we’re saving money as we do this. We’re not paying more than we were paying before, that would just raise the price of health care,” he says.
1(current)
2