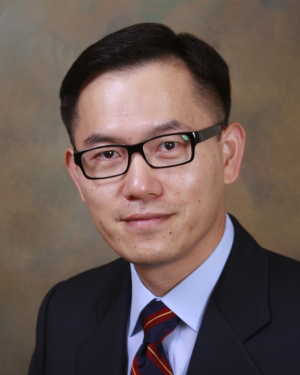 Dr. Gary Yang
A Loma Linda University Medical Center research study could pave the way for a new treatment for liver metastases: proton therapy. The study is currently in Phase I but the investigators say the results look promising.

Many times, patients with colon, head, breast, lung, esophagus and pancreas cancer get secondary tumors in the liver when blood containing cancerous cells enters from other parts of the body and grows into tumors.

According to Loma Linda, more than 150,000 new cases of colorectal cancers are predicted to occur in the U.S. this year and about 50 percent of those patients are estimated to develop liver metastases.

In the past, surgery and chemotherapy have been used to control liver metastases but for patients with weakened immune systems it isn't always the best choice. Additionally, 60 percent of cancer patients with metastases need radiation but the liver can be harmed if exposed to too much of it.

Proton-based stereotactic body radiotherapy, which is non-invasive, can distribute high doses of radiation to the liver and also spare nearby healthy tissue and reduce complications.

"SBRT is potentially attractive given the characteristic advantage of the proton therapy。 Potentially。 we can overweigh the maximum amount of tumor control by the dose escalation with avoiding excess radiation to the remaining liver and other organs at risk," Dr. Gary Yang, a radiation oncologist at Loma Linda、 and the principal investigator of the study, told DOTmed News..

In Phase I, three patients received three treatments with a radiation dosage of 12 Gy per fraction, with a total dose of 36 Gy. They will be monitored over a minimum of three months to ensure they don't experience side effects or acute toxicity.

"So far we had no complications in terms of the treatment for induced regimen、 and there is no radiation induced liver toxicity either," said Yang.

Despite the high price tag associated with proton therapy — building a center can cost upward of 100 million dollars and currently insurance only covers the treatment of prostate cancer — Yang believes that the therapy will lead to reduced costs since it involves fewer treatments, without a prolonged hospital stay, and virtually no complications.

"What we really try to do here at Loma Linda is provide a feasible option for our patients which we believe is going to improve quality of life and cut down the event [leading] indirectly to the cost of subsequent patient care, which is caused by treatment complications," he said.

This is the first clinical trial that investigates the safety and efficiency of proton-based SBRT in patients with liver metastases. Other studies focus on photon-based SBRT, but there are major concerns over dose because of the risk of radiation-induced liver disease, which can limit the number of candidates for the therapy.

Yang believes that the use of protons is attractive because you can avoid excess radiation to other parts of the liver and organs. He said that the study will show that the therapy is safe but it's not an easy process to prove it.

"There are not that many proton centers out there and it takes tremendous effort and dedication and experience to be able to move forward," Yang said. "We need to collect the evidence-based data in terms of safety as opposed to jumping straight into the clinical practice, and I think we owe the community in terms of science and medicine for that."