The pioneer of public health nursing 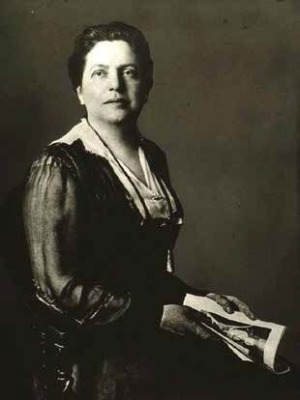 From the September 2014 issue of HealthCare Business News magazine
Lillian Wald was only 22 years old when she arrived in Manhattan, but she quickly established herself as one of the nation’s most prominent public health advocates and social reformers. She was loved by poor immigrant families on the Lower East Side and respected by President Theodore Roosevelt at the White House.

Wald was born on March 10, 1867 in Ohio. Her father was a successful optical goods dealer, and the family’s financial security enabled her to attend the New York Hospital Training School for Nurses. She graduated in 1891, and worked at the New York Juvenile Asylum before deciding to become a doctor. While she took classes at the Women’s Medical College, she was asked to teach a class on home nursing and hygiene to immigrant women on the Lower East Side.

One day, the daughter of one of the women in Wald’s course rushed into the classroom crying — her mother was very sick. Wald accompanied the young woman back to her apartment and found her mother in a blood-soaked bed, hemorrhaging from giving birth two days earlier. Wald quickly tended to the woman and soothed the family’s worries. The family was so grateful that they kissed Wald’s hands as she left.

That encounter served as the turning point for Wald. After seeing that woman, she later wrote, “all the maladjustments of our social and economic relations seemed epitomized in this brief journey,” Wald decided that medical school had to wait. Instead, she would do what she could to bring quality health care to the impoverished residents of the Lower East Side.

Wald moved into a tenement house in the neighborhood and recruited other nurses to provide free or low-cost medical care to those who needed it. As her services grew more popular, she secured funding through donors, and was able to hire more staff. The nurses accepted referrals from charity organizations and physicians, keeping careful records of all the home visits they made. Wald’s practice became known as the Henry Street Settlement, which cared for 4,500 patients in 1905 alone. (The Visiting Nurse Service of New York was initially a part of Wald’s practice, but it became a separate entity in 1944). In addition to medical care, Wald also organized social and educational activities for the families in the neighborhood.

Wald did not only pioneer the profession of public nursing, but also coined its name. Her efforts to put the field on the map reached far beyond the Lower East Side. At her urging, the New York Board of Health established the first public school nursing program in the country. Wald also organized a series of nursing lectures, which led to the establishment of Columbia University’s School of Nursing. In 1912, she was elected to serve as the first president of the National Organization for Public Health Nursing, which she herself had founded.

Wald’s passion for social justice turned her into an influential advocate for children and civil and women’s rights. She helped to establish the National Association for the Advancement of Colored People (NAACP), offering up the Henry Street Settlement as the venue for the first organizing conference. She also helped President Roosevelt create the federal Children’s Bureau, as well as the National Child Labor Committee.

She often traveled internationally to promote the public nursing profession, an activity that became more and more difficult for Wald in the 1930s. Her heart issues and chronic anemia eventually took a toll, and she retired as the head of the Henry Street Settlement after more than four decades of service. After a long battle with an illness, she died at the age of 73 on September 1, 1940 in her home in Connecticut.

Today, the Henry Street Settlement House still occupies its three original buildings on the Lower East Side and continues to serve the neighborhood’s diverse population.