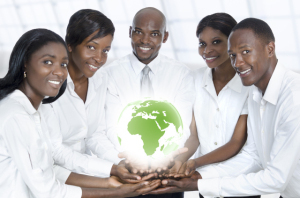 Independent announcements from GE Healthcare and Varian Medical Systems have a common goal: Improving access to care for cancer patients in Africa.

Varian — who has installed over 100 radiotherapy treatment systems in Africa over the last 25 years and has recently announced major projects in Algeria, Egypt and South Africa — recently issued a press release declaring progress in its goal of bringing more advanced treatments to Africa.

"Cancer is growing rapidly in Africa and has become one of the continent's top health care concerns," said Burt Lang, Varian's managing director in Africa, in a statement, "Radiotherapy plays a vital and cost-effective role in treating cancer and we are committed to making it available to more patients across the continent."

Varian explored the details of those initiatives at the second Africa Healthcare Summit, which was held last week in England.

Meanwhile, the Kenyan Ministry of Health has selected GE Healthcare as a strategic partner to support a country-wide radiology infrastructure modernization program.

The $420 million health development plan is taking aim at improving care at 94 county hospitals across 47 counties and four national referral hospitals in Kenya. The radiology modernization lot awarded to GE is the largest of seven tranches.

Both Varian and GE are emphasizing the importance of training and education programs in Africa.

Varian's 'Access to Care' program seeks to bridge the gap between skill levels in well-equipped developed countries and those in developing nations.

Similarly, GE is hoping to establish their first training center in Africa, while also emphasizing training and education programs focused on skill development and capacity building for the hospitals they will be modernizing.

A study published in Lancet Oncology indicates only 23 out of 52 African countries have radiotherapy available for patients.

The World Health Organization reports that by 2030 there will be 1.6 million new cancer cases in Africa each year, resulting in 1.2 million deaths. The most common cancers in Africa are cancers of the cervix, breast, lung, liver, and prostate.