Study finds faster stroke treatment outside hospital than within 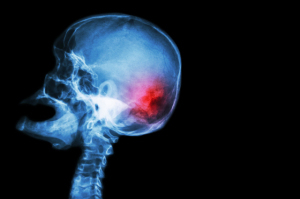 A study published this week in JAMA Neurology revealed that patients who suffer a stroke in the hospital are slower to receive imaging tests and clot busting drugs than if they had been at home and tended to by emergency personnel.

“We were particularly surprised by the length of time between stroke recognition and brain imaging with the in-hospital group,” Dr. Moira Kapral, a professor of medicine, staff physician and senior scientist with the University of Toronto Health System/General Hospital told DOTmed News.

Kapral said that she and her co-researchers noticed it seemed to take longer than it should to get diagnosis and treatment organized for hospital patients who suffered strokes. She estimates that hospital strokes represent up to 15 percent of all strokes.

The study results showed that in-hospital patients waited an average of 4.5 hours from the time symptoms were recognized to undergo CT compared with 1.3 hours for patients brought to the emergency department.

The study looked at stroke patients admitted to regional stroke centers in the Toronto region over a nine-year period ending in March 2012. The study identified nearly 1,000 hospital stroke patients and nearly 29,000 patients whose stroke occurred outside the hospital. Kapral stressed that some of the delay can be explained by the more acute conditions of hospital patients.

“Our study found that patients with in-hospital strokes were different from those with community onset stroke in many important ways - they were older, more likely to have serious comorbid conditions like diabetes, heart failure and cancer, had more severe strokes, and were more likely to be ineligible for thrombolysis (clot busting drugs) because of medical or surgical contraindications,” said Kapral.

“It’s important to recognize this, because it means that there may be valid medical reasons for delays in care and for differences in outcomes of the in-hospital group,” she added.

Still Kapral feels the study indicates a need for in-hospital stroke protocol changes. According to the doctor some hospitals are now creating stroke codes similar to Code STEMI for myocardial infarction or Code Blue alerts. She feels hospital caregivers could benefit from training similar to that which is provided to paramedics and emergency department staff.

“Stroke is a medical emergency and rapid care is important to reduce the risk of disability,” she explained. “People have been surprised at the results, however, those who work with hospitalized patients have been receptive and recognize the need for improved protocols for in-hospital stroke.”