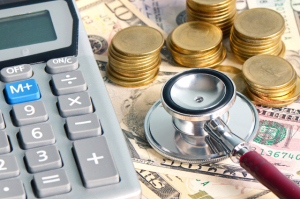 Nonprofit hospitals received an estimated $24.6 billion in tax breaks in 2011 — nearly double the $12.6 billion they were granted in 2002 — for providing “charity care and community benefit.” New research from the Milken Institute School of Public Health at George Washington University explores how those tax breaks were utilized.

The study, recently published in the journal Health Affairs, found that hospitals spent only a small fraction of the tax benefits on efforts to improve the health of the communities they serve. This could, and should, change under the Affordable Care Act, they said.

As Medicaid expands and the number of insured patients increases, hospital revenue should improve and create more opportunities for nonprofit facilities to shift “charity care and community benefit” funding toward real efforts to improve the health of nearby residents.

“As hospitals have essentially realized a dividend from the Affordable Care Act, the question is, will city members be at the table more than they were before?,” lead author Sara Rosenbaum, a health law and policy professor at the Milken Institute School of Public Health, told DOTmed News.

To estimate the value of the tax breaks, Rosenbaum and her colleagues used the same methods that the Congressional Joint Committee on Taxation used when analyzing the 2002 breaks. The researchers also examined the $62 billion spent on “charity care and community benefits” that hospitals reported to the Internal Revenue Service in 2011.

Hospitals should find creative ways to spend their community benefit dollars in underserved neighborhoods, doing such things as cleaning up local parks or providing access to fresh produce through a farmer’s market, Rosenbaum said.

“It may have nothing to do with clinical care,” Rosenbaum said. “These are things that improve community health.”

Phillip Gonzalez, program manager for the Hospital Accountability Project at consumer health advocacy organization Community Catalyst, agrees that as health insurance reform has increased access to care, hospitals need to think outside the box when it comes to community benefit programs.

Gonzalez pointed to an innovative program from Bon Secours Baltimore Health System, which has invested in hundreds of units of affordable housing around the hospital, as an example. He also suggested that hospitals can promote their role as an economic engine in the community, and make sure that residents see the hospital as a potential employer.

“There’s more that they can do than making sure folks are getting care on a regular basis,” Gonzalez told DOTmed News.

Tom Nickels, senior vice president for federal relations at the American Hospital Association, said the report underscored the good work that hospitals are doing in the communities they serve.

"The report shows that what nonprofit hospitals provide in terms of benefit to their communities far exceeds the value of tax exemption hospitals receive,” Nickels said in a statement to DOTmed News. “This report reinforces an analysis of hospitals' community benefit done by Ernst and Young (E&Y) that showed hospitals of every size, type and general location are not only meeting, but are exceeding, the community benefit obligations conferred by their tax-exempt status. The data from the IRS and the E&Y report are based on hospitals' actual reported costs, not charges. Hospitals' efforts to enhance community health include improving community housing, offering free clinics, job training, back-to-school immunizations and so many others."