This month in Medical History - The cure for venereal disease 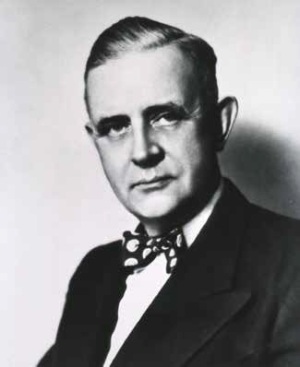 Nations involved in the first and second World Wars shared a common enemy – venereal diseases.
The concern about soldiers contracting gonorrhea or syphilis was grave enough in the early 1900s for the U.S. government to establish a Division of Venereal Diseases in the U.S. Public Health Service. Dr. John F. Mahoney helped the division prove its worth when he identified penicillin as an effective treatment for syphilis. Mahoney was born on Aug. 1, 1889, in Fond du Lac, Wisconsin.

He attended Milwaukee University and received his doctorate degree from the Marquette College of Medicine in 1914. Mahoney spent a couple of years interning at the Milwaukee County Hospital and the Chicago Lying- In Hospital. Soon after, he was called upon to serve as a medical officer in the U.S. Public Health Service. In 1925, he became a health adviser to the U.S. Foreign Service, a position that enabled him to travel and work in Haiti, Ireland, England, and Germany.

Mahoney took advantage of his time abroad, visiting laboratories and medical facilities to see how clinicians in other countries treated and managed syphilis. In 1929, he came to work at the U.S. Marine Hospital in Staten Island, which housed the Venereal Disease Research Laboratory of the Public Health Service. Mahoney was tasked with figuring out how to treat syphilis and gonorrhea, and how to shorten the treatment period for the diseases. He was given some staff and a small research laboratory to carry out his work. Meanwhile, researchers at the Mayo Clinic were busy demonstrating that penicillin (which became available as a therapeutic drug during World War II) was an effective treatment for male gonorrhea.

Mahoney’s lab soon acquired a supply of penicillin to confirm the findings. The actual source of Mahoney’s penicillin, a drug that was in short supply at the time, is still up for debate. Some documents suggest that he acquired it through the National Research Council, while other historians believe that Mahoney got the drug from researchers in Oxford, England. Other historical accounts claim that he actually grew the mold used to produce the drug in his own laboratory. Wherever the initial penicillin supply came from, Mahoney’s lab confirmed the findings of the Mayo Clinic researchers. At this time, Mahoney also made sure to hold on to some of the drug so he could test it against syphilis.

His experiments on rabbits infected with syphilis were so promising that he soon requested to move on to human clinical trials. In 1943, Mahoney’s lab received an additional supply of penicillin through a government program, as well as the go-ahead to begin a study on four patients with syphilis. He presented the details of the successful experiment at the American Public Health Association meeting. Mahoney’s discovery was met with feverish excitement, with one colleague proclaiming that it was “the most significant paper ever presented in the medical field.” Based on Mahoney’s results, the National Research Council authorized and launched a large-scale clinical trial of penicillin in the treatment of syphilis later that year.

Mahoney served as one of the members of a subcommittee that oversaw the study. In 1944, he co-authored a paper detailing the results of 1,418 cases of penicillin use to successfully treat syphilis. By June, the U.S. Army officially adopted penicillin as the treatment therapy for the disease, soon followed by the British armed forces. Mahoney’s pioneering research earned him the prestigious Albert Lasker Award for Clinical Research in 1946. He retired from the Public Health Service in 1949, and went on to serve as the New York City Health Commissioner. According to those close to Mahoney, the researcher spent his final days in the place he loved most – the laboratory. Mahoney oversaw all of the municipal laboratories until his death in February of 1957.