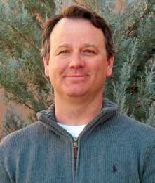 Jason Cleckler has built his capabilities as a CEO from the ground up. His past experience serves him well today to identify problems and opportunities for staff and patients. We took some time to learn more about him, as well as the facility he heads.

HCB News: How did you get involved in health care?
JC: I got involved in the early ‘90s. I started as an RN. I began my career in inpatient psychiatry for many years. I taught at the University of Colorado and changed direction to become an ER trauma nurse, then ICU. From there, I took a path into administrative. But the big reason I got involved was that I was very interested in science and psychiatry, so nursing combined those. I think the biggest factor, however, was that I had a cousin who was an RN, and very influential, telling me about the career and benefits, and how she could make a difference. So looking back, I feel it was a very good decision back in the ‘80s when I first made it.

HCB News: How did you get involved in Delta Hospital?
JC: I’ve been here a little over seven years. I was working in the ICU in a neighboring hospital. Then an opportunity opened to be the trauma nurse coordinator, to be involved in process and quality improvement.

HCB News: How long have you been CEO?
JC: A little over three years. Prior to that, I managed trauma, then was an ER director, and then chief clinical officer for about two years.

HCB News: Are there any recent developments you’d like to highlight?
JC: The biggest changes have been focused on creating a larger network to provide access for patients, in part, by employing more physicians. We opened several new primary care clinics and brought some new ones on to create that network. Small rural standalone hospitals are being purchased by larger systems, so we’ve focused on regional collaboration with other hospitals in our region. We’ve moved down the path of creating an ACO. There are three other hospitals in our region, and it may sound strange, but the more we work together, the more we can remain independent through increased collaboration and sharing of resources. Hospitals that were formally competing are working together to make each other stronger and more viable.

HCB News: How has staffing been? Are you finding any areas just don’t have enough people entering the field?
JC: I think that there have been several areas that have been challenging. One is hiring primary care physicians — because we’ve tried to hire ones that also do OB. So finding the right person, and someone who fits into our community, can be challenging. Rehab and speech therapy has been hard. With nursing we’ve done pretty well. We have a nursing school about 35 miles north. But within nursing, finding someone within OB has been a challenge. Another challenge has been internal medicine physicians.
1(current)
2