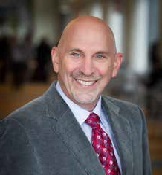 HealthCare Business News recently caught up with Dr. David Beyer, president and incoming chair of the American Society for Radiation Oncology (ASTRO), to learn about his career, the latest news from the association and what to expect at the ASTRO annual meeting being held in Boston from Sept. 25-28.

HCB News: What inspired you to get involved in health care?
DB: I started my career as an electrical engineer and was involved in bioelectrical engineering. Through creating the devices used to care for patients (back in the 1970s when things were less sophisticated), I realized that I enjoyed not just the technology, but its application with people. From there, I decided to pursue a career in medicine. With radiation oncology, there’s significant use of technology, but it’s brought to bear on an individual. It allowed me to have a very close relationship with the people I was treating.

HCB News: How long have you been with the society?
DB: I’ve been a member for 31 years and was a member-in-training for a year or two prior to that. Since the late 1990s, I’ve had some type of active involvement or leadership position.

HCB News: What is ASTRO’s involvement in the “moonshot” initiative toward curing cancer announced by Vice President Joe Biden and President Barack Obama?
DB: We certainly were excited to hear about the initiative and have embraced the effort. ASTRO itself has issued several statements of support, such as when the president’s proposed 2017 budget included nearly a billion dollars in increased funding for the National Cancer Institute. We’ve also taken steps to generate research ideas from our members, including a tweet-up where some of our doctors joined a national online conversation about ways to make progress.

I can say ASTRO is disappointed that there’s not a stronger radiation oncology presence on the advisory panel overseeing this initiative, because radiation therapy is an essential component in the fight against cancer. Take, for example, using immune modulation to fight cancer — an approach that is gaining attention from the news media, but yet something that we’ve been doing for a number of years. We know that you can stimulate an immune response with radiation, but there is much more we need to understand. Why does it work? How do you make it work better? How do you harness it? We’ve submitted a number of ideas for funding, but are in a bit of a holding pattern.
1(current)
2
3