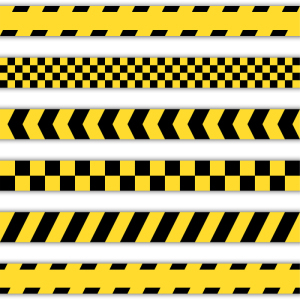 In a letter sent to health care professionals — including radiation oncologists, medical physicists, dosimetrists, and radiation therapists — the FDA has warned against using “devices manufactured and sold by Multidata Systems International Corp.”

The FDA has learned that the company “manufactured and distributed medical devices, including repairing and exchanging Waterphantom devices for newer design models,” it noted in the letter, adding that this violated a 2003 court decree.

That year a Consent Decree of Permanent Injunction halted the firm from “designing, manufacturing, processing, and distributing medical devices, among other restrictions.”

There have been “at least two Multidata medical devices that the company manufactured and distributed in the United States for which FDA never received nor reviewed 510(k) premarket notifications,” the agency warned.

Beyond that, the company failed to register or list their devices with the agency, which is against federal law.

Citing its “concern” that some might be “unaware of the risks associated with these devices,” it also noted that at this time the number of Multidata devices being used in the U.S. isn't known, although there have been no adverse event reports filed involving Multidata equipment since the decree.

At this point, the FDA advised the immediate discontinuation of any use of all Multidata devices and that they be disposed of “appropriately.”

It also advised that use of accessories to radiation therapy devices and treatment planning software be limited to those cleared by the FDA — and listed in the agency's Registration and Listing Database — as well as that quality assurance to verify treatment planning be confirmed by “independent means, which may include manual calculations or measurements of radiation doses.”

Lastly it reminded health care professionals to report “adverse events related to Multidata devices that come to your attention.”

Multidata's software was involved in a horrific overexposure accident in 2000 when “twenty-eight patients at the Panama National Institute of Oncology were overexposed to radiation during radiation therapy for colon, prostate, and cervical cancer,” according to an FDA report on the event.

Multidata's radiation treatment planning software was being used at the facility. As Wired magazine reported in 2005, Multidata's software let users draw on a computer screen to show locations of metal shields protecting non-cancerous tissue – but only four such blocks could be placed.

The Panamanian doctors wanted to use five and found that they could “trick” the software if they drew one big block and then draw a hole in the middle — but the software was not able to handle the “trick” correctly and would calculate different dosages depending on the direction in which it was drawn. In one direction the dose is fine, in another it doubles the exposure.

The bounceback: Insight on the X-ray market impact of COVID-19