Q&A with Todd Ketch, CEO of the National Association for Proton Therapy 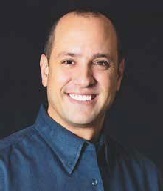 Last year, HealthCare Business News interviewed Todd Ketch just a few months after he assumed the role as NAPT CEO. With nearly a year and a half under his belt, we circled back with him to get an update on how things are going for him and the association.

HCB News: How are you settling in?
TK: The time has gone by very quickly. It feels like I joined the organization just yesterday. It’s been a busy time with NAPT, learning about proton therapy, getting to know the association leaders and members, planning two national proton conferences and working to develop and move forward a number of association initiatives.

HCB News: Last we spoke, there were 20 operating centers in the U.S. with 15 under construction. Can you give an update on the numbers today?
TK: There are now 25 centers treating patients in the U.S. and at least 12 under construction or in development. I think there will be three new centers coming on line this year.

HCB News: How long, on average, does it take from the commitment to open a new center to actually treating the first patient?
TK: This varies significantly, depending on the location, type of center, regulatory requirements, financing and a host of other issues. The new compact, single treatment room proton therapy machines are creating opportunities for facilities to access the therapy for less money and with smaller space requirements. You would expect this type of installation to take less time than a large, multi-room facility, but I think three to five years is about the minimum I’ve heard about. We’ll see if advancements in the technology and experience installing compact systems can compress the time.

HCB News: One of the initiatives you identified as key was public education to extol the benefits of proton therapy and to help promote the news about the new centers and increased access. How is that going?
TK: We’re always looking to share the news about proton therapy. We still have work to do to get the word out so that patients, caregivers, health care providers and others will think about and ask for proton therapy as an option. With new centers treating patients and evidence building to support the use of proton therapy for more conditions, we’ll be stepping up our efforts to spread the word.

HCB News: Is there any news on the research or procedure front to talk about?
TK: It seems like new evidence is released its significant benefits to cancer patients. We’ll be releasing an updated model policy for insurance coverage of proton therapy in March and it will include more than 100 new references supporting therapy for a variety of disease sites.
1(current)
2
3