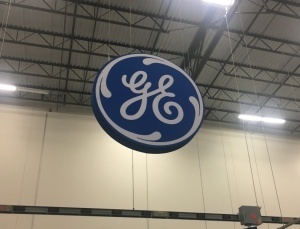 GE chairman and CEO Larry Culp has said that in light of its just-announced deal with Danaher, the IPO for its healthcare division might be on hold.

“An IPO [for GE's healthcare unit] in 2019 looks unlikely at this point,” Culp told CNBC.

That's due to its present focus on the sale of the GE Life Sciences unit to Danaher, where it will become a standalone business combined with Danaher's Life Science, according to CNBC.

That deal is worth $21.4 billion – $21 billion in cash and the assumption of some GE pension costs. That's good news for Wall Street; as of year-end 2018, pensions accounted for $21 billion of the company's $55 billion in industrial debt, CNBC reported.

But some reports that the healthcare IPO is not ever going to happen are erroneous, the news station advised.

Instead, it is just delayed because, Culp told CNBC's Morgan Brennan, “we are focused on completing the [Danaher] carve out – which is 15 percent of the $20 billion healthcare segment – and focused on managing the remaining core business.”

Despite the interest in doing a health unit IPO in order to let GE focus on its core businesses, the interest in the biopharma unit presented too good an opportunity to miss.

“IPO of healthcare was Plan A, but we got lots of inbound calls about this business and this is clearly a superior path,” Culp told CNBC’s David Faber.

The Danaher deal is a big help for GE's debt-cutting efforts, with CNBC stating that Cowen Research said in a note that the deal offered “a rich valuation that goes a long way toward GE’s debt reduction.”

Credit Suisse also weighed in, calling the sale of biopharma “a positive” and adding that, “under CEO Culp, GE has been accelerating its strategy to strengthen and deleverage the balance sheet.”

Culp sat atop Danaher as CEO and president from 2000 to 2014, joining the GE board in April, 2018, and becoming GE Chairman and CEO when he replaced John Flannery in October, 2018. In April, 2018, Danaher expressed interest it taking the GE Life Sciences unit, said CNBC, citing the Wall Street Journal.

In January, Culp was touting the healthcare unit sale in a post-earnings conference call after GE's above-expectations Q4 revenue was revealed on the call, when he stated, “we expect to monetize just up to under 50 percent of our healthcare business,” adding that the unit “continues to prepare for public company separation, and that is progressing very well," according to CNBC.
1(current)
2