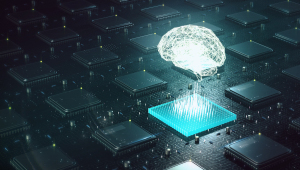 A team of researchers has applied a deep learning algorithm to find early breast cancer based on individual risk-based factors, rather than protocols based on current profiling standards, such as breast density.

The lead radiologist on the team reported that her institution, Massachusetts General Hospital (MGH), plans to begin actively using the deep learning platform to spot breast cancer within the next six months.

“This is very exciting,” Dr. Constance D. Lehman, a member of the research team and professor of Radiology, MGH, told HCB News. “Too many cancers are missed. My colleagues and I have always wanted to be more precise. With an individual risk-based tool we will be able to do that.”

The new AI mammography program was developed as a joint effort between MGH and the Computer Science and Artificial Intelligence Laboratory (CSAIL) at the Massachusetts Institute of Technology (MIT). The program included nearly 90,000 mammograms conducted on almost 40,000 women. It was automatically run in the background with routine mammography, according to Lehman.

According to the authors, current breast cancer protocols are driven mainly by human knowledge and intuition on markers sometimes weakly correlated with breast cancer, especially at the individual level. For example, most current protocols are based on study of Caucasian populations, which does not serve women of other races well. Black women are 42 percent more likely to die from breast cancer, according to MIT.

Also, Lehman said that under recent federal guidelines radiologists are required to provide women information on their breast density. Half of all women have dense breasts. But, she said, such information tends to be confusing to patients.

The new AI program can detect cancer patterns too subtle for the human eye to detect on a mammogram up to five years sooner. Early breast cancer detection is associated with better survival rates and lower treatment costs. The researchers also noted that the same basic programs could also eventually be used to predict other disease states in women, such as cardiovascular disorders or other cancers.

“Since the 1960s radiologists have noticed that women have unique and widely variable patterns of breast tissue visible on the mammogram,” said Lehman. “These patterns can represent the influence of genetics, hormones, pregnancy, lactation, diet, weight loss, and weight gain. We can now leverage this detailed information to be more precise in our risk assessment at the individual level.”

A widely accepted AI application could help dispel a long-standing disagreement in medicine around screening. Although mammography has been shown to reduce breast cancer mortality, there is continued debate on how often to screen and when to start. While the American Cancer Society recommends annual screening starting at age 45, the U.S. Preventative Task Force recommends screening every two years beginning at age 50. Further, as reported last week in HCB News, the American Society of Breast Surgeons issued yet another standard for screening guidelines.