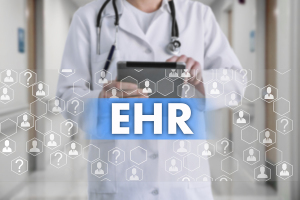 Who’s to blame for physicians’ discontent with EHRs? According to experts from the American Medical Association, developers and end users are not the only ones who have influenced the current EHR experience; the decisions and actions of regulators, policymakers, administrators and others have played a role as well.

In an article entitled, “The complex case of EHRs: examining the factors impacting the EHR user experience,” the authors review multiple factors that have led to physician dissatisfaction with EHRs. Rather than simply laying blame for the missteps of many, they rightly note that there are multiple opportunities for stakeholders to “collectively improve the use and efficacy of EHRs” — and suggest several solutions to improve EHR usability, user satisfaction, and patient care.

As a health IT “old-timer” who has witnessed physicians’ growing discontent with EHRs since the earliest systems hit the market a few decades ago, I have compiled a few of my own recommendations for fixing EHRs and optimizing the EHR user experience. But first, let’s take a quick look back at the evolution of these systems to better understand the complexities that have contributed to EHRs’ shortcomings.

ARRA and EHR adoption
The 2009 passage of the American Recovery and Reinvestment Act (ARRA) included incentives to accelerate EHR adoption and the digitization of medical records. Though clinical systems had been around since the 1960s, ARRA helped drive hospital EHR adoption from 9 percent in 2008 to 96 percent today, and office-based physician adoption from 40 percent to 86 percent. Thus far the government has paid providers $36 billion for their efforts.

While the EHR adoption rates are impressive, the hastily-crafted initiative was flawed and failed to include a detailed rollout plan to improve patient care, and set a pitifully low bar for EHR adoption. To qualify for funds, providers needed to adopt EHRs in a relatively short time frame. Traditionally, EHRs were designed to drive billing transactions and not to facilitate better patient care. As more providers adopted EHRs, vendors were forced to prioritize enhancements that helped clinicians qualify for incentives, rather than R&D updates to improve EHR functionality.

Today’s EHRs
Given the lack of attention to usability, it’s not surprising that most physicians find their EHRs are cumbersome, inefficient, and a source of frustration. EHRs store massive amounts of clinical information — which is a plus — but much of the data is not easily accessed by clinicians at the “moment of need” for clinical decision-making.
1(current)
2
3