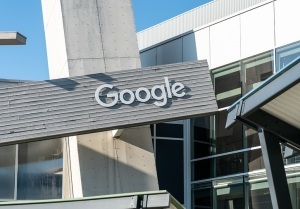 Google's efforts to gain access to large numbers of medical records faced scrutiny over the weekend when the Wall Street Journal reviewed its moves in detail in a piece called, “Inside Google’s Quest for Millions of Medical Records.”

The review recounted numerous deals the search giant had cut with a number of big U.S. healthcare providers in its effort to become a dominant player in the patient data market.

“In just a few years, the company has achieved the ability to view or analyze tens of millions of patient health records in at least three-quarters of U.S. states, according to a Wall Street Journal analysis of contractual agreements,” the article stated, also noting that, “in certain instances, the deals allow Google to access personally identifiable health information without the knowledge of patients or doctors.”

Some of the deals permit Google to “review complete health records, including names, dates of birth, medications and other ailments,” unnamed sources familiar with the deals told the paper.

Google responded to the piece in writing, stating through a spokesperson that, “claiming that Google has access to millions of health records is highly misleading,” and adding that its “healthcare customers own their data, and we can only process it according to their instructions.”

One case, involving a failed deal with Cerner, raised by the paper, suggested that this blanket statement was not entirely accurate.

The deal involved efforts by Cerner to find a storage provider for its massive trove of 250 million health records. The Google deal didn't happen; Cerner picked Amazon, instead.

“We could never pin down Google on what their true business model was,” a Cerner executive who was part of the discussions explained to the journal.

In the piece, the 2019 partnership known as “Project Nightingale” with Ascension was also reviewed. That arrangement would have transferred 50 million U.S. patient health recorders to Google, the journal reported at the time.

The information actually included names and medical histories of the patients that could be accessed by Google staffers, according to a follow-up story by The Guardian.
1(current)
2