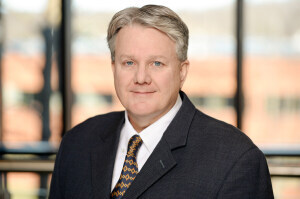 "The Board of Directors are proud to announce Burke's promotion to CEO," said Paul LaViolette, Executive Chairman of CardioFocus. "From the outset, Burke has played an integral role in the development of the HeartLight platform as well as CardioFocus as a company. He is intimately familiar with our technology, employees, investors, customers, regulators, vendors and distributors, and is the perfect person to lead the company as we introduce the breakthrough HeartLight X3 System to the global AFib market."

"I am as excited as ever about the future of CardioFocus given the impressive clinical and commercial results coming out of Europe with our HeartLight X3 System," said Mr. Barrett. "We are pleased to showcase the System at the 25th Annual International AF Symposium being held in Washington D.C. this week and plan to provide an update about the regulatory path and timeline for introduction of the System into the U.S. market in the coming weeks."

Mr. Barrett has over 30 years of experience in the medical device industry. He joined CardioFocus in 2002, and during his more than 15 years with the company has held roles of increasing responsibility from Vice President through to President and COO. Prior to joining CardioFocus, Mr. Barrett was Vice President of Clinical Operations at Cyberkinetics Neurotechnology Systems, Inc., a public medical device company that achieved first-in-man success in novel, implantable brain-computer interfaces. He also served at Cyberonics as the Vice President, Business and Technology Development. Previously, Mr. Barrett held positions in business development, clinical & regulatory affairs, and quality auditing at Biofield Corporation, Dornier Medical Systems, and Bausch & Lomb. Mr. Barrett is a co-inventor on numerous issued and pending patent applications. From 2010-2013 he served as the industry representative on the Food and Drug Administration's (FDA) Circulatory Systems Device Advisory Panel. He received bachelor's degrees in chemical engineering and chemistry from Syracuse University and a Master of Business Administration from Kennesaw University in Atlanta.
1(current)
2