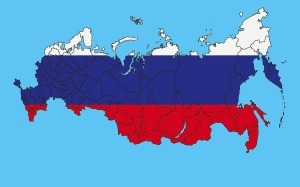 The major manufacturers of medical equipment have taken the position that the sale of their equipment through third-party channels, is an infringement on intellectual property.

This has made it almost impossible to import used diagnostic imaging equipment, such as MR and CT scanners, into Russia.

As someone with a long history in the pre-owned equipment space, I can't help but wonder how long this type of regulation will remain in force.

It has always been my theory that firms that purchase used medical equipment do so because they can't afford, for one reason or another, to buy new equipment.

It has also been my experience that the companies that buy used equipment and become successful, end up buying new equipment.

I suspect that this Russian regulation will result in fewer operating diagnostic imaging units and as a result, healthcare in Russia will suffer.

I believe it was Plato who talked about the pendulum and how governments and cultures swing from being liberal to conservative and back to being liberal again.

I wouldn't be surprised to see used equipment come back into favor at some point in the not too distant future.

Fortunately, there is no restriction on cars, otherwise we would have a real problem.