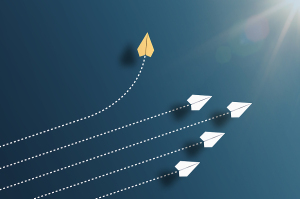 The board of directors for Memorial voted last week to end the partnership. The decision stems from criticism of the planned merger between Virginia Mason Health System and Catholic nonprofit health system CHI Franciscan, which is still set to take place.

“I think we learned a lot and gleaned a lot from them,” said David Hargreaves, chairman of the Virginia Mason Memorial board, told YakimaHerald.com. “I just think being part of a larger system, we just didn’t feel at this time was the best fit for us.”

The merger between Virginia Mason and CHI Franciscan triggered concerns about local access to healthcare services and specialty care in Yakima Valley, Washington, where Memorial is situated. One group of retired physicians went as far as to take out a full-page advertisement in the Yakima Herald-Republic to voice their dissatisfaction.

Statewide groups like ACLU of Washington, Planned Parenthood of Greater Washington and End of Life Washington also oppose the merger, saying it would limit access to reproductive healthcare and death with dignity services. This is due to CHI Franciscan’s abidance by the Ethical and Religious Directives for Catholic Health Care Services, which prohibits physician-assisted death and abortions.

“No Washingtonian should face the loss of services due to hospital mergers, and the state should take strong action to provide meaningful oversight of health system consolidations,” said the groups in a statement.

Hargreaves, however, says there was much misinformation spread, including the notion that Virginia Mason Memorial would become a Catholic hospital and be bound to religious directives. He says the hospital would remain a secular one.

Virginia Mason and Memorial began their affiliation in January 2016, with Memorial expecting it to help with falling Medicare and Medicaid reimbursements and wanting to align with a healthcare system that carried national and worldwide standing. It changed its name from Yakima Valley Memorial Hospital to Virginia Mason Memorial to reflect the affiliation. The hospitals plan to continue to provide referral care to one another.

“We look forward to continuing our strong relationship with Virginia Mason Memorial in this way, and as other opportunities arise,” Virginia Mason wrote in its statement.

The board has not finalized a name change but is likely to resume working under its former name, according to Hargreaves.