Five Minutes in Healthcare - Will you be at RSNA this year? 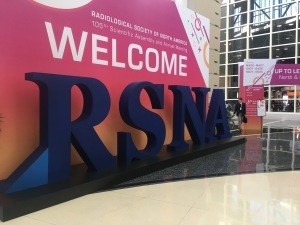 I have the day off today so rather than do an interview, I just wanted to share a few comments on current events that I have been thinking about recently.

Among other things, I've been thinking about the upcoming RSNA meeting. The show will be live in person at McCormick Place once again, and all attendees will be required to wear a face mask and show proof of vaccination.

Will you be attending the show?

Next week, I'll be speaking with Michael Friebe about the elections in Germany.