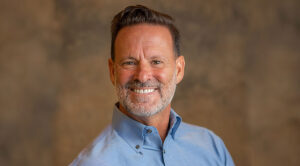 John White
Omak, Washington (August 23, 2022) At their Regular semi-monthly meeting of Tuesday, August 23, 2022, the Board of Commissioners of Okanogan County Public Hospital District #3 entered into the records of the Commission the next superintendent of the District, John. R. White.

Alan Fisher, then current Chief Executive Officer (CEO) of Mid Valley Hospital (MVH), submitted his letter of resignation to the MVH Board in March 2022. Subsequently, the Board voted to conduct a nationwide search, receiving over 100 applications for the position of Chief Executive. After a series of interviews, the appointed selection committee of the Board invited the top four candidates to interview in-person at Mid Valley Hospital. Each of the four candidates met with hospital and clinic staff, medical staff, members of the community, and the Board during their on-site interviews. The Board solicited input from the staff after the interviews were completed to aid the Board in the selection of the candidate embodying the qualities of a servant leader, possessing exceptional communication skills, exhibiting an in-depth knowledge of hospital and clinic management, and demonstrating successful experience as a CEO of a rural critical access hospital as well as guiding a hospital through new construction.

From his years as CEO, Mr. White developed expertise in the following areas: Medical Staff and Board Relations; Quality and Safety; Strategy, Vision, Mission, and Values; Government Regulations and Relations; Finance, Analysis and Cost Management; Fund Development; and Public Relations and Media Affairs. While CEO, Mr. John White oversaw building a of a new, full replacement hospital in Newport and construction of major expansion to the Shriners Hospitals for Children in Honolulu, Hawaii.
1(current)
2