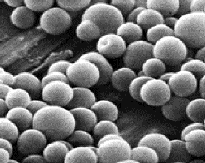 Optisom & Definity
ultrasound contrast agents
are being questioned
The reports of serious side effects and deaths being linked to the contrast agents Definity made by Lantheus Medical Imaging, and Optisom, made by GE Healthcare, are overblown, say Dr. Christopher M. Kramer, a professor of radiology and medicine at the University of Virginia Health System and Dr. Don Black, vice president of research and development for the medical diagnostics division of GE Healthcare.

FDA placed a black box warning on the two agents last October after receiving about 200 reports of serious allergic reactions and deaths due to the contrast agents.

However, Dr. Kramer told DOTmed News that upon reviewing the cases, it became clear that the deaths occurred because the patients who were given the dye were terminally ill.

In May, the FDA removed its more serious black box warnings on these two contrast imaging agents, called "bubbles," which are used to improve echocardiographic images of the left ventricle. The agents, used with ultrasound, contain gas bubbles that help doctors spot small clots and other heart abnormalities.

The FDA warning continues to say that patients with cardiopulmonary disease should not use the contrast agents.

"Following the October 2007 changes, FDA received reports from physicians who were especially concerned about the extent of Optison and Definity label changes," according to an FDA Advisory Committee Briefing Document called "Safety Considerations in the Development of Ultrasound Contrast Agents," published on June 24.

"The physicians noted that the contrast agents might provide essential diagnostic information in some of these patients. FDA also obtained two published reports that suggested two other products in this category, Optison and SonoVue, did not cause pulmonary or systemic hypotension, when pulmonary hemodynamics were monitored invasively," the FDA advisory committee paper said.

FDA has most recently been working with the Optison and Definity manufacturers to develop a risk and management program. This program consists of two major studies: One is an observational study to be conducted using an administrative database in which mortality will be compared between critically ill patients who receive a contrast-enhanced echocardiogram and critically ill patients who undergo echoes without contrast dye.

The second study will obtain pulmonary homodynamic data from patients who are undergoing right heart catheterization as well as contrast-enhanced echocardiography, the FDA says.
1(current)
2
3