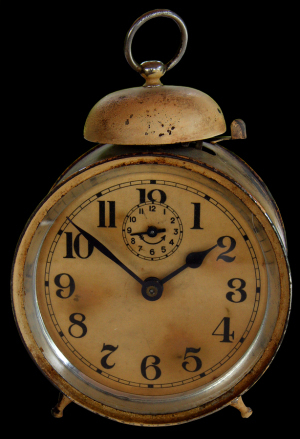 Setting back the clock
is good for your health
Turning the clocks back in autumn reduces the risk of heart attacks, according to a new Swedish study published in the October 30 issue of the New England Journal of Medicine. But, adjusting the clocks to daylight savings-- "spring head" on the last Sunday in March -- increases the risk of myocardial infarction in the following week.

Scientists at Karolinska Institute have examined how the incidence of heart attack in Sweden has changed with the summer and winter clock shifts since 1987. Their results show that the number of heart attacks, on average, increases by about five percent during the first week of summer time.

"There is a small increase in risk for the individual, especially during the first three days of the new week," says Dr. Imre Janszky, one of the researchers involved in the study. "The disruption in the chrono-biological rhythms, the loss of one hour's sleep and the resulting sleep disturbance are the probable causes," he says.

Fortunately for us this week, the team also observed that the readjustment back to winter time ("fall back" the last Sunday each October), which gives people an extra hour's sleep, is followed by a reduction in the risk of heart attack on the following Monday. The reduction for the week is, however, less than the increase related to the summer adjustment.

According to researchers, this study provides a conceivable explanation for why myocardial infarction is most common on Mondays, as demonstrated by previous research. "It's always been thought that it's mainly due to an increase in stress associated with the new working week," says Dr. Janszky. "But perhaps it's also got something to do with the sleep disruption caused by the change in diurnal rhythm on the [daylight savings] weekend."

Even though the increase and decrease in risk are relatively small for the individual, the team believes that the study can improve our understanding of how disruptions in diurnal rhythms impact on our health.

"Roughly 1.5 million people are subjected to these clock-shifts every year, but it's hard to make any generalized statement about how many heart attacks they can cause," adds Dr. Rickard Ljung, another member of the research team.