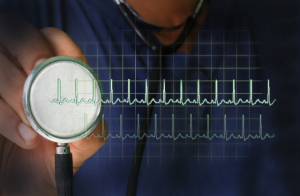 U.S. health policy may
be a priority for the
new administration
The campaign has ended and now the work of governance begins for President-elect Obama.

Near the top of the next president's policy priorities is addressing healthcare reform, particularly to address the nation's 47 million uninsured. During the presidential campaign Barack Obama spoke boldly about making health care more affordable. But how?

The next president is expected to clash with Big Pharma, which would resist decreasing their prices on brand-name drugs for Medicare recipients next year. In fact, drug companies are planning to raise prices for Medicare consumers buying brand-name drugs, such as cholesterol drug Lipitor, and Nexium for heartburn. Seniors will have to shell out 21 percent more for each of these blockbuster drugs, according to a five-state study in the Wall Street Journal. (Note that generic drug prices will remain the same).

If the new administration is to succeed in pushing through health care reform, it will require bipartisan cooperation. Following is a quick look at what the president-elect plans in key health policy areas, compiled from platform documents, the American Association of Retired Persons (AARP), and Internet sources.

INSURANCE:
-Replace personal tax exclusions for employer-provided health insurance with a $2,500 tax credit ($5,000 for families) to help people buy their own insurance.

-Allow individuals to buy any plan available, regardless of state of residence.

-Lower drug costs by allowing imports of less expensive drugs from Canada and other developed nations.

-Hold costs down by letting seniors choose from a pool of competing private plans and one public plan similar to Medicare.

-Require that all children have health insurance, with costs subsidized by repealing President Bush's tax cuts for households earning more than $250,000.

-Allow children up to age 25 to keep coverage under their family health plan.

-Medicare recipients will use primary-care doctors as gatekeepers for their basic health care needs. (Now, many seniors go directly to specialists for chronic conditions and bypass internists, which is not cost-effective.)

COST ISSUES
-Experts estimate that Barack Obama's plan would cost the American people about $1.7 trillion, but they say figures are all over the map as no one can guess what people will choose to do if and when changes are made to the U.S. health system.

The plan is probably too much of a radical departure from the traditional U.S. healthcare system to pass during the next four years, experts say. However, the next four years will set the stage for changes to come, and the program will likely be passed in increments.