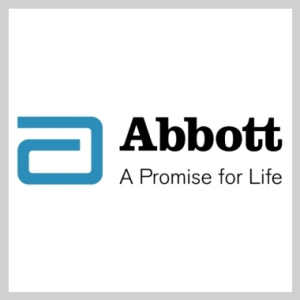 Excluding the gain from the end of its Tap Pharmaceuticals joint venture, earnings from continuing operations would have climbed to 73 cents from 63 cents a year ago, versus the 92 cents a share the company reported, David Edwards, a financial planner at Heron Financial Group in Manhattan, told DOTmed News.

Abbott's star performer is its new, drug-coated stent, dubbed Xience. Since arriving on the market this summer, the stent has grabbed 40 percent of the market share for this kind of device, taking business away from such rivals as J&J, Boston Scientific and Medtronic.

In fact, Abbott presented clinical trial data at the American College of Cardiology in New Orleans last weekend, showing that Xience patients had a slightly lower rate of heart attack, the need for a repeat procedure, or cardiac death, than patients using Boston's stent.

As a result of good sales of Xience and other products, Abbott's medical products business reported an 8.8 percent earnings hike for the quarter.

Regardless of the good earnings news, sales fell slightly short of analysts' estimates, causing Abbott shares to skid 3.8 percent. Net sales fell 0.7 percent to $6.72 billion, due the stronger dollar and loss of patent protection for its once lucrative epilepsy and bipolar drug, Depakote, the company said.

Commenting on earnings, Miles D. White, Abbott's chairman and chief executive officer, said, "Our first-quarter results demonstrate again the value of a well-balanced and highly diverse portfolio of businesses capable of top-tier earnings performance in even the most difficult market conditions."