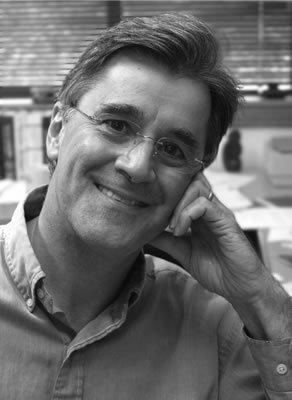 Mark Jerome Walters, D.V.M.
If you want to understand human health, consult a veterinarian. That is one takeaway from the current swine flu scare.

"As it turns out animal and human health are indistinguishable in many cases," said Mark Jerome Walters, D.V.M., Associate Professor, University of South Florida St. Petersburg. "You can't name one new disease that doesn't have a strong ecological or animal component."

Mad cow, Hanta virus, lyme disease, West Nile and 40 to 50 other ailments have well known animal links. The same is true for diseases you might not associate with human-animal interaction.

"Salmonella and other types of food poisoning are transmitted largely through undercooked meat that has been exposed at the farm yard. In some cases overuse of antibiotics has created a more dangerous type of bacteria than would otherwise have been there," Dr. Walters said of the bacterial infection. Not to mention the HIV/AIDS virus, transmitted from a type of chimpanzee.

The so-called swine flu spreading around the world right now is another example of the symbiosis of human and animal health. Dr. Walters implicates --not pigs nor birds-- but people in causing the disease by disrupting the balance of nature.

"Step back and look at these diseases. They are not surprises. They are not unpredictable. We are not victims. We caused them. That is important, not in blaming people, but to broaden our awareness of our role in it," he said. "Influenza is an agricultural disease. It has emerged plain and simple from how we have approached agriculture."

The natural reservoir for all influenza A viruses is in the bird population, particularly aquatic birds, Dr. Walters said.

"Human flu began a very long time ago when these natural carriers set down in rice patties of southeast Asia." The virus was transferred through the feces of the birds into the rice patties, spread to pig farms nearby, and also picked up by domesticated ducks. "So you have the virus given an opportunity to move from the wild into domesticated fowl, into pigs, and once it's in a pig, it's halfway across the species bridge to humans," he said.

Pigs resemble humans physiologically and present an accommodating host for virus mutation. "If a virus makes it that far," Dr. Walters said of pigs, "it's not as far a leap to people."

The intersection of many species and animal classes is the problem. "You have three different pools or families of influenza zooming around the globe. You have the birds migrating...carrying a virus from one pig farm to another. Then you have two billion people a year who fly. People migrate in their own way and so you now have these different pools colliding."
1(current)
2