Unfortunately this auction is closed, but read on for more options:

Use the search box or links above to find what you're looking for. If you are a healthcare provider and would like to purchase an item like this, please consider submitting a RFP at no cost, or check out these related items: 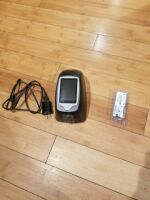 Bid on this Private Sale

Forward this Private Sale to a friend

The equipment is operational, but not in clinical use.