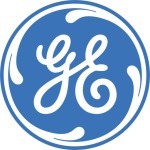 GE said it will use proprietary techniques and innovative technology at the new facility to capture waste helium from ongoing MRI operations and liquefy it for future use.

"As it evaporates, helium resembles the steam that comes from a kettle as water boils — the facility will capture this and turn it back into a liquid form," Trina Folk, GE Healthcare MR magnet production plant manager in Florence, told DOTmed News.

Folk said she could not discuss GE's techniques used in the process since they are proprietary.

Helium is critical for manufacturing and running MRI scanners. It's currently the only element on earth that can keep an MRI magnet at its necessary operating temperature, which is an extremely cold 440 degrees below zero Fahrenheit, and each individual MRI requires up to several thousand liters of helium stored in a sealed vacuum system surrounding the magnet. The problem is that helium is in short supply. The Federal Helium Reserve in Texas, which supplies the majority of the world's helium supply, is expected to close even before all the helium runs out unless Congress intervenes .

GE uses roughly 5.5 million liters of helium a year at its South Carolina production facility, and dedicates another six million liters per year to servicing MRI systems at hospitals and other sites across the U.S.

In addition to the proprietary conservation technologies and helium recycling and re-use methods that will be used within the new helium liquefaction facility, Folk said GE is currently exploring the feasibility of new magnet designs that minimize the amount of helium needed in MRI production.

The facility is expected to be completed in the first half of 2014.