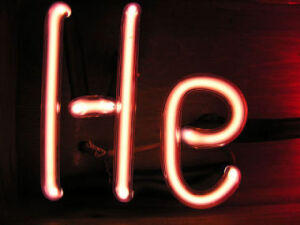 Members of the House Committee on Natural Resources have introduced a bipartisan bill into Congress that would keep the Federal Helium Reserve open, a global supply of helium that's critical to manufacturing and running MRI scanners.

By law, the reserve is supposed to close later this year when the government is required to sell it off by 2015 in an effort to pay down the system's debts. But it should be able to pay off the debt by October 2013 instead — earlier than expected — without having sold off all the helium. The Responsible Helium Administration and Stewardship Act (H.R. 527), introduced on Wednesday, prevents a premature closure of the reserve, which supplies 30 percent of the world's helium supply. The bill is also intended to ensure taxpayers get a fair price for helium sold by the Bureau of Land Management since the market price of helium has risen higher than the federal government pricing formula in recent years.

The bipartisan bill spells out a three-part approach for operating the reserve over the next decade — the estimated time it will take for the helium to be emptied out. The first phase is to let the Federal Helium Reserve continue operating under current law until one year after the date of enactment of the new law; phase two sets up a quarterly helium auction to promote competition and ensure a better return for taxpayers; and the final phase leaves the remaining helium — starting when there is 3 billion cubic feet of it left — available only for national security and scientific needs.

The Medical Imaging & Technology Alliance (MITA), an OEM lobby, applauded the bill for presenting a solution to the problem. Gail Rodriguez, executive director of MITA said: "Failure to preserve our domestic helium supply will have reverberating effects on medical imaging manufacturers as well as the entire health care industry, as manufacturing facilities will have no choice but to slow or shut down production and physicians will be forced to turn away patients due to the shortage."

The last bill aimed at extending the life of the reserve slipped through the cracks during a congressional "lame duck" session last year and expired when the 113th Congress began on Jan. 1, 2013.

Originally created in 1926 to make sure the U.S. had a steady stream of helium for defense purposes, the Federal Helium Reserve instead accrued a $1.3 billion debt by the 1990s, giving way to the 1996 law that required it to pay off the debt by selling it off in 2015.