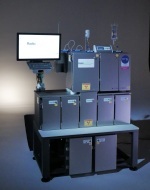 The two plan to help non-U.S. companies access NorthStar's Tc-99m Generation Systems, high tech separation platforms that process non-uranium based Mo-99 as a step in the production of Tc-99m. They are used in conjunction with IBA's electron beam accelerators for reliable commercial-scale production of Mo-99.

"Reliable access to technetium-99m, the most widely used diagnostic imaging radioisotope, is increasingly important as the world's population expands and ages, and the TCM Generation System can help to reliably address these unmet needs on a global basis," Stephen Merrick, president and chief executive officer of NorthStar, told HCB News.

IBA and NorthStar’s partnership builds on an existing contract under which NorthStar will use up to eight Rhodotron TT 300-HE electron beam accelerators developed by IBA for the production of non-uranium based Mo-99. It will then use this Mo-99 in its Tc-99m Generation System, RadioGenix to produce Tc-99m in the U.S. RadioGenix gained FDA clearance in 2018, making NorthStar the first U.S. source of Mo-99 in almost three decades.

The deal also comes amidst the near completion of NorthStar’s Accelerator Production facility expansion in Beloit, Wisconsin. The aim of the expansion is to create a sustainable, domestic Mo-99 supply in the U.S. through dual production and processing hubs for additional capacity and scheduling flexibility.

Upon obtaining necessary approval and licensure, the facility will augment current Mo-99 processing in Columbia, Missouri, as part of a collaboration with the University of Missouri Research Reactor. The FDA gave NorthStar the nod around this time last year to add two filling lines for Mo-99 production at its Missouri facility.

The first pair of IBA accelerators are expected to arrive from Belgium in early April 2021.