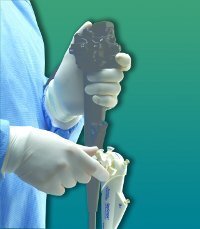 When faced with surgery, it goes without saying that patients favor the most minimally invasive route. This is why physicians now regard new and innovative endoscopic devices as the primary method of diagnosis and treatment ahead of imaging scans. Enabling access to hard-to-reach regions of the body, endoscopic procedures enhance patient outcomes and reduce hospital stay and recovery times. So it comes as little surprise that endoscopy is among the top growing sectors in the medical device industry.

On the refurb side, Olympus has continued to triumph, with the most sought-after products being the Olympus Q160 series of scopes, according to Harvey Buxbaum, president of HMB Endoscopy Products.

“These scopes produce excellent full screen images with magnificent resolution, so the demand for the Q series is high,” he says. “However, supply is relatively low, thus keeping the prices from trending downward as the equipment ages.”

The endoscopy industry has also seen much consolidation in the past year. Mark Waite, CEO of the Portland, Maine-based Lighthouse Imaging Corporation, says one of the biggest stories was in September when scope repair company SterilMed was acquired by original equipment manufacturer Ethicon Endo-Surgery, a division of Johnson & Johnson. He notes that a big chunk of the market’s consolidation is due to increased OR integration.

“A company like Karl Storz can go into a hospital and say, ‘We can outfit the whole OR with beds, lights, endoscopy equipment and scopes,’” says Waite. “If you’re a company only focused on endoscopy equipment, you are probably not going to get designed into some of the bigger hospitals; you’re going to have to focus on a certain niche.”
1(current)
2
3
4
5
6
7