Can we avoid another shut down of nuclear medicine? 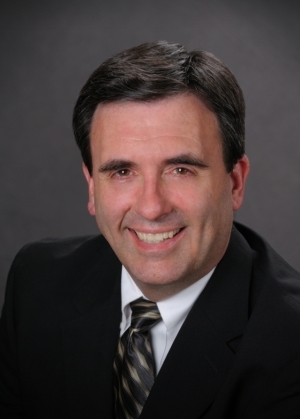 From the June 2012 issue of HealthCare Business News magazine

These days everything is spun into a crisis. It’s unfortunate in a time of 24-hour news cycles the best we can do is act like Chicken Little even when it comes to the shortage of diagnostic isotopes used in medical imaging. Maybe the sky is falling in nuclear medicine but a piece hasn’t hit me in the head just yet.

Resolving the shortage problem is reasonably straight forward. The science is well understood and due to the very nature of the production of isotopes we are limited in our choice of solutions. With the paths for resolution being few, it would appear we could move deliberately to an outcome that keeps an important diagnostic technology functioning without major interruptions for patients needing the service. What should we do?

They say in the newsroom that every good story starts with the facts. Here they are: each year in the United States 55,000 diagnostic imaging tests are done in nuclear medicine. Most of these use the isotope technetium-99m (Tc-99m). This radioisotope is produced from the decay of a parent isotope molybdenum- 99 (Moly-99). The parent isotope is produced by a nuclear reactor through a process called fission. The reactor producing the vast majority of the Moly-99 is in Canada, at Chalk River, over 50-years old and ready to be retired in 2016. Now you know the problem — sort of. Some say, the simple solution is to just find another reactor to produce the Moly-99 or build a new one. But in a world filled with conflict, politics and personal gain, the right solutions aren’t always the ones pursued.

As the largest user of Tc-99m labeled radiopharmaceuticals, the United States has been kicking the can down the road for decades when it comes to funding and developing its own supply of radioisotopes. As you can imagine, having your own supply means building a reactor or two and this isn’t looked on favorably by the demagogues in Washington — it’s not a topic that gets you votes in November.

In 2009 the Canadian reactor, commonly referred to as the National Research Universal (NRU) reactor, went offline for long overdue service. Suddenly, the world experienced a shortage of Moly-99. The Canadian government stepped in and forced the reactor back into service so as not to ruffle diplomatic feathers. The reactor ev entually went offline anyway to make necessary repairs and many wondered if it would return. During the shortage the demand for Moly-99 continued, and the marketplace learned to do with less and survive.

Nuclear cardiologists performing cardiac stress testing are the largest clinical group using Tc-99m labeled radiopharmaceuticals. In a normal, non-shortage situation, patients are scheduled for scans, the radiopharmaceutical is ordered from the local nuclear pharmacy and the tests are conducted as required. With the shortage of Moly-99, rationing was implemented. As the generators loaded with Moly-99 were parceled out from the available supply, diagnostic centers called in daily to determine if doses could be secured for the next day’s imaging. There’s no question patient scans were delayed a few days as supplies were metered out. It’s true the shortage caused inconvenience, but on the other hand, doctors learned how to scan with lower doses, thus spreading the available supply and lowering radiation exposure for patients and staff. They also became better at determining who was in critical need of a scan and who could wait.
1(current)
2
3