PACS in 2013: Rise of the middleware market 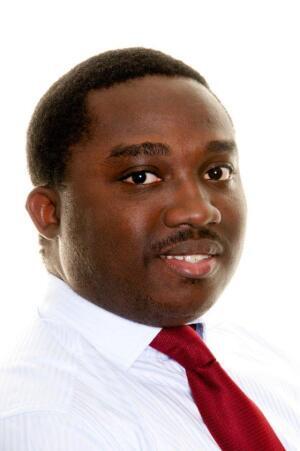 Over the past three years, PACS has provided, or at least has attempted to provide, enterprise functionality, including enterprise archiving, universal access and analytics. However, the failings of PACS enterprise functions were exposed as workflow became more complex, requiring true application interoperability. In addition, new data-sharing protocols and economic pressures could not cope with rising storage volumes and the subsequently large data-handling costs.

Today’s challenge is to choosing which enterprise and analytics component, if any, can be reliably delivered by PACS, and ensuring PACS works well with the third-party systems that are better able to deliver on certain functions. Indeed, there is a strong case for PACS to withdraw all proprietary enterprise access and analytics functions, allowing middleware specialities to tackle these while the PACS provides a stronger front-end. Increasingly these third-party products are being adopted as radiologists and IT departments look to create a best-of-breed environment, creating opportunities for middleware vendors in a way that has not been previously available.

Enterprise Archive and Access
Vendor-Neutral Archives have led the charge in the enterprise archiving domain and are now well established after many years of debate on their added value against enterprise PACS and the need to free PACS of enterprise archive duties. While only 5.4 percent of PACS studies were attached to VNAs worldwide in 2011, this rate is projected to grow to 31 percent in 2016, according to InMedica. This is in line with a KLAS 2012 survey that also showed 27 percent of hospitals planned to implement VNA.

The next step for enterprise access middleware is to provide non-image data consolidation across the enterprise, integrating images with electronic medical records. In the VNA space, only 10 percent of deployed VNAs in 2012 provided such enterprise integration, with the majority of deployments for multi-departmental, DICOM/PACS integration. However, as demand for integration grows and IT departments continue to gain influence in clinical system purchases, XDS-based VNA for EMR integration is projected to increase to about 15 percent of VNA installations worldwide in 2013.

VNAs integrate multi-department images and image-based reports, and can provide application interface to the EMR. Other integration engines also integrate all electronic records from electronic medical records, hospital information systems and clinical information systems. An ideal situation is one where the VNA integrates with other integration engines to truly bring together an enterprise-wide clinical record that is accessible from across the enterprise via universal viewing systems (figure 1).

Figure 1. Enterprisewide integration
of PACS and EMR via middleware
with underlying analytics.

Clinical Analytics
PACS cannot easily answer advanced search and analytics queries. For example, most would get stumped by a query such as “view and compare all CT and MR results from 18-year old male patients with lung nodules detected and what has been the disease progression after 12 months.” Indeed, most VNA’s available on the market today would also have trouble with the request. But third-party analytics engines are able to create sub-contents of data, indexing and tagging studies to make such contents-based queries, as well as policy-based deletion/retention, possible. These programs are increasingly available as stand-alone products and will become more integrated with PACS, VNA, clinical integration platforms, EMR, hospital information systems and clinical information systems from emergency room, operating theatre, neonatal, obstetrics and other clinical departments.

Advanced Visualisation
In the advanced diagnostics field, technology barriers continue to be broken -- techniques that were previously considered advanced visualisation (AV), including maximum intensity projection (MiP) and multiplanar reconstruction (MPR), are now increasingly being incorporated into imaging systems as standard. This has proven valuable to both clinicians and radiologists as a diagnostic aid, to improve confidence and for pre-operative planning. However, in this case third-party AV is not necessarily the answer; as radiologists increasingly use advanced visualisation tools some AV functions will be delivered by PACS. The key is to define the threshold between tools required routinely and those only needed for advanced analysis in a smaller number of cases. Increasingly, radiologists are performing 3D cross-referencing and post-processing for CT, PET-CT, MPR and MiP. It is those tools that PACS should increasingly incorporate, while leaving more advanced diagnostic analysis to third-party systems.

As these third-party systems increase their penetration, it becomes even more important for PACS to be interoperable. VNAs have successfully dealt with PACS proprietary formats and dynamic tagging morphing has enabled interoperability with various PACS -- even if PACS vendors have not been overly helpful in that regard. Similarly, EMR vendors have not been overly willing to open up their systems. Analytics software, integration engines and other middleware are projected to take a similar aggressive approach as VNAs have with PACS – reaching in to grab the necessary information, working around proprietary formats and delivering value where clients need it. In 2012 the VNA market grew by over 50 percent, signalling the rising importance of the middleware segment in the PACS and healthcare IT markets. 2013 is projected to bring strong growth for VNAs, enterprise integration, universal viewers, analytics systems and advanced visualisation.

Theo Ahadome is a senior market analyst in the healthcare IT research group at InMedica, a division of IHS. InMedica is the leading provider of market research and consultancy in the medical electronics industry.