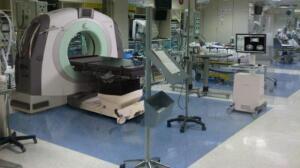 According to a statement from Samsung, the acquisition represents the next step in expanding the company's push into medical imaging.

"Samsung will continue to strengthen its capabilities and product portfolio to establish itself as a trusted leader in the health and medical equipment industry," said the official statement.

During the past few years, Samsung has been working to establish itself in the medical equipment marketplace, part of a billion-dollar effort by the company.

The financial terms of the deal with NeuroLogica were not disclosed.