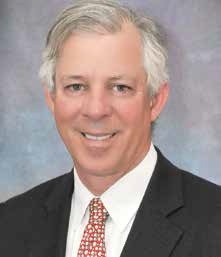 With Medical World Americas fast-arriving, HCBN spoke to MWA chair, Robert Robbins, to learn about what this year’s show has to offer.

HCBN: Can you provide some background on the relationship between the Texas Medical Center and Medical World Americas?
RR: Medica, the meeting in Dusseldorf, is a huge meeting averaging 125,000 to 130,000 people, and they were looking for another site in the Americas – North, South, Central – and they picked Houston and partnered with the GHCVB to have the meeting be held here on a permanent basis, so this is the second year of that meeting.

The way Texas Medical Center got involved: I arrived a little over two years ago and just a few months after I arrived there was this press conference with the mayor. The head of the visitor’s bureau, and representatives from Medica Dusseldorf were there as well. So I stood up and said a few things but the fact is, I inherited this. One of the selling features of Medical World Americas is that it’s in Houston, a vibrant city, home of the world’s largest medical center. So it seemed like an obvious partnership for us to be able to help them design a program.

Medica is a full-on trade show with some talks. With this meeting we’re trying to have more of a balance where we bring in outstanding world-class speakers around meaningful and timely topics and have a big part of the program be about the science being discussed in the presentations. And also, being a trade show, vendors and exhibitors have a good audience that benefits both by seeing the latest and greatest in devices and diagnostics, and in getting a great education and hearing the latest-breaking developments in the world of health.

HCBN: What can first time visitors expect and how can they make the most of their visit?
RR: First, Houston is a destination. It’s fantastic. We have incredible restaurants and good nightlife and a lot of art and museums, but also performing arts, so there’s a lot to do here. Secondly, the meeting will be held downtown on Discovery Green at the George R. Brown Convention Center. There’s light rail that one could get on and come to the medical center that’s only a couple of miles away, and we’re holding special tours for attendees who want to come to the medical center.

The medical center is unique in many respects. It has 57 different institutions tied together on this geographic campus. Then there’s a company, the Texas Medical Center Corporation, that I work for, that owns all the land and is sort of the municipal government for this medical city. It has over 100,000 employees, 7 million annual patient encounters, 7,000 hospital beds, a consolidated budget of over $20 billion, and about 50 million square feet of space, which we’re increasing by 10 percent.
1(current)
2
3

Eliminating waste is only part of the equation for healthcare sustainability

How much of the $2 trillion will you cover? What about your kids?

Does the world depend too much on China?