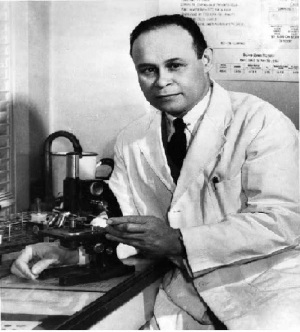 Dr. Charles Richard Drew
From the April 2015 issue of HealthCare Business News magazine
Given how ubiquitous blood donation drives are today, it’s hard to believe that blood banks have only been around since the 1940s. That’s when Dr. Charles Richard Drew discovered that blood plasma could be preserved for much longer periods, creating a need for the specialized storage. Drew was born on June 3, 1904 in Washington D.C. He graduated from Amherst College and then briefly worked at Morgan State College in Baltimore to save up enough money to attend medical school.