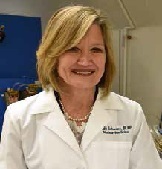 Sally Schwarz has worked in the field of nuclear medicine in a variety of roles. She began her career in the field when it was just starting to grow. She’s worked in it as it has evolved, and as the next president of the Society of Nuclear Medicine and Molecular Imaging, she is going to have a greater role in directing its future. Health- Care Business News spoke with her about her past, present and future and how that parallels nuclear medicine’s history.

HCB News: How did you get involved in health care?
SS: Originally I got into pharmacy because of my father. He was a traditional pharmacist with his own business and I started working for him when I was about 12. He had a clinic-based pharmacy. He essentially served medical needs, the basic cough and cold. His pharmacy rented walkers and wheelchairs and then expanded to hospital beds. He started with a soda fountain [and] progressed to a professional pharmacy.

After high school, I went to pharmacy school. I always liked chemistry through high school. My mother was very encouraging toward pharmacy as a profession. My mother had a four-year scholarship to a college and her mother wouldn’t let her take it, so she went to business school. But for her daughters, she wanted them to go where they wanted.

I wasn’t educated formally in nuclear pharmacy in my undergrad curriculum, just a brief touch in one of my chemistry courses. Clinical nuclear medicine began in the 1960s at the University of Chicago. When I was graduating, it really hadn’t made it into an educational focus for pharmacy. As it evolved, there was [the] need for pharmacists to be involved to prepare radiopharmaceuticals.
1(current)
2
3
4
5