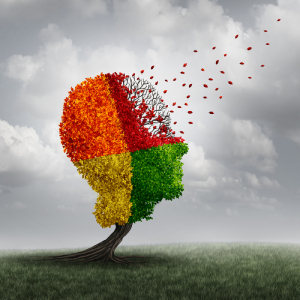 There's a new drug, and a novel PET tracer included in a worldwide Alzheimer’s clinical study.

Researchers at Washington University School of Medicine in St. Louis selected the Janssen Research & Development agent to include with two others being studied in the Dominantly Inherited Alzheimer’s Network Trial Unit (DIAN-TU) study, they announced in a statement.

Also of note, as part of the study announcement, researchers advised that the trial plans to use a new imaging-based marker to follow progression of the disease in subject.

“This novel radiopharmaceutical tracer – which is being developed by GE Healthcare and called THK-5351 – is designed to detect the brain protein tau by positron emission tomography (PET) scan. Tau accumulates in the brain of individuals with Alzheimer’s, where it forms toxic tangles,” noted the release.

A radioactive atom is incorporated into a molecule that can identify tau. This could permit measurement of the amount of the protein, as well as locating tangles specifically via PET scan. “Investigators are hoping to determine whether this imaging method will demonstrate the presence of tau tangles before an individual starts to show symptoms of cognitive decline and if it can help predict the onset of dementia more accurately than existing biomarkers,” advised the report.

In findings about the tracer, appearing early this year in the Journal of Nuclear Medicine, Japanese researchers reported in their study that they had found that in PET studies of Alzheimer's patients, “THK5351 is a useful PET tracer for the early detection of neurofibrillary pathology in Alzheimer's patients.”

The latest drug being included in the DIAN-TU study focuses on blocking the enzyme beta secretase. This, in turn, creates the amyloid beta that is thought to cause clumping that leads to degeneration in the brain.

“Testing a beta secretase inhibitor in the DIAN-TU trial further diversifies the approach to speed identification of potential preventions and treatments for this devastating disease,” stated Washington University Alzheimer’s specialist Dr. Randall J. Bateman, director of the DIAN-TU, and the Charles F. and Joanne Knight Distinguished Professor of Neurology at Washington University.

The study, initiated in 2012, is testing the new drug and two other agents on those with "with an inherited predisposition to develop Alzheimer’s at a young age, usually in their 30s, 40s or 50s,” according to the university statement.

Subjects have certain genetic mutations linked to early-onset Alzheimer’s, notably in the g APP, PSEN-1 or PSEN-2 genes. While such mutations are rare, the hope is that an agent that works on these individuals will also be of use for others developing the condition.
1(current)
2