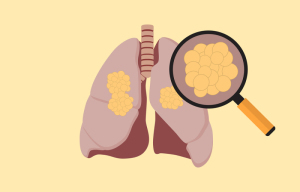 Over 80 percent accurate
A team at the Stanford University School of Medicine developed a PET imaging agent that can predict a tumor’s response to a widely-used lung cancer drug with more than 80 percent accuracy.

“This would lead to better patient management for the oncologist,” Dr. Sanjiv Gambhir, professor and chair of radiology at Stanford, told HCB News. “For the patient it would mean more confidence that their drug is actually working — if it’s not, then not much time is lost before moving to a new drug.”

Once injected, the F-MPG tracer travels throughout the patient’s body and attaches to any mutated epidermal growth factor proteins. It then emits gamma rays to reveal the location and mutational details of the protein.

A patient who is likely to respond well to the cancer drug will have a PET scan that shows a high signal from the tracer. Those who show low signals are not likely to respond to treatment, so other treatment options need to be considered.

Gambhir said that some people wonder whether the oncologist can prescribe the drug and just wait to see if the tumor shrinks. If the therapy isn’t effective, the tumor will continue to grow and also become more molecularly complex, which makes it harder to treat with the next round of therapy.

Gambhir explained that this new F-MPG PET imaging technique is like taking a biopsy of the entire body. It provides more comprehensive information on the mutational status of the primary tumor.

The research team conducted a clinical trial at Harbin Medical University in China to test the imaging agent. Seventy-five participants were injected with F-MPG and the using PET scans the researchers monitored which tumors lit up and which had a low signal.

The next step is to recruit more participants for a larger trial. Since F-MPG is only approved for use in China, future studies will continue at Harbin Medical University.

When asked if F-MPG will eventually become the standard for predicting lung cancer treatment efficacy, Gambhir said he thinks it will take at least three to five years for that to happen.

“We will need to do a multi-center prospective trial and build a lot more evidence that this new PET tracer can work as predicted in the 75 patients studied to date,” he added.