The future of infusion systems: simplicity, interoperability, and security 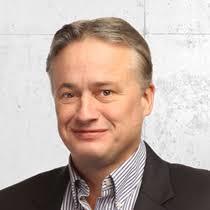 In 2013, Target was hacked in a massive cyber attack that compromised sensitive information for more than 40 million debit and credit card holders. The access point through which all that sensitive data was obtained? The retail giant’s internet-connected HVAC system.

For George Gray, CTO and VP of research and development for Ivenix, a medical technology company, there’s a lesson in that breach that the infusion device industry is in a prime position to learn from.

“Infusion systems can be the same way,” he told HCB News. “They haven’t evolved too much. That’s what hackers like. They like to find something that maybe isn’t so secure that they can attack and get inside of and then launch subsequent attacks elsewhere. They can be an attack vector, the next point from which you can attack broader information systems.”

While health care as a whole has been somewhat notorious for dragging its feet toward technological innovation, Gray says infusion devices in particular have undergone few significant changes in the past few decades. He thinks part of the issue is that manufacturers worry that designing new devices will largely replace existing legacy technology and potentially cost them their edge in the marketplace.

Despite those reservations, interoperability is one pump enhancement that is gaining momentum in the market. Many devices are now equipped with features such as drug libraries for dosage guidance and choice of drugs administered.

Although these emerging capabilities heighten the need for effective cybersecurity, he says they have also helped usher in an identified need for a simplified workflow with a more intuitive and modern interface. For the hospital workers who interact with these devices, a familiar and understandable design can mean more consistent and accurate care for patients with potentially less errors.

“Our user interface is all contained within our touchscreen. There are no buttons to push, and it works much like a smartphone, leading you through a process of caring for your patient. You can pick and choose a channel, primary or secondary. You can go to a list of drugs and pick one of them. If you can’t find it, you can type it in. That’s really going to drive safety because it’s more intuitive.”

Another important area of infusion safety is with the maintenance of the devices themselves. When internal damage occurs, it’s crucial to have the system properly inspected and repaired or replaced. The FDA has created an initiative to improve the reliability and safety of infusion devices by implementing manufacturer requirements, such as demonstrating the accuracy of fluid delivery under real-world conditions.
1(current)
2 Proton therapy: Further evolution of the most advanced radiotherapy for patients

The future of device service: No longer a cost center