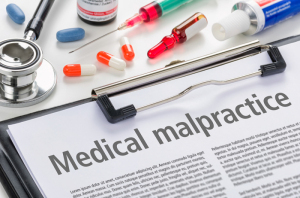 A longtime expert on imaging malpractice cites a failure to communicate in some cases when patients sue. Dr. Leonard Berlin, a radiologist, and author of an article in the most recent issue of the Journal of the American College of Radiology (JACR) cited a recent case of a 53-year-old man who died of metastatic colon cancer.

It is, Berlin reminded, the latest reminder that radiologists must take the initiative to verbally report unexpected findings in person to the referring physician.

“If the radiologist sees an abnormality that is suspicious for an early cancer, which was not expected by the ordering physician, he or she should try to contact the referring doctor by phone if possible to alert the doctor that there is a suspicious, unexpected finding that warrants quick follow-up tests,” Berlin, emeritus radiologist at Skokie Hospital and a professor of radiology at Rush University and the University of Illinois, told HCB News.

Some physicians don't read portions of, or sometimes any part of a written report, noted Berlin, who is also the author of the book Malpractice Issues in Radiology. He has been writing about medical issues with a focus on risk management for 45 years.

“Unfortunately, radiologists for various reasons fail to communicate directly with the physician,” he added. “Failure of direct communication is what led to a delay in treating a cancer in this case. More than likely if the cancer was recognized and treated immediately, the patient may well have been cured.”

The patient’s wife sued on behalf of herself and her deceased husband. The radiologists issued a report to the referring urologist that the patient was positive for kidney stones as part of a lithotripsy pre-op work-up. However, the radiologists also noted a suspicious mass in the colon region and recommended a colonoscopy.

The radiologist signed-off on the report on a Friday evening and left a voice message for the urologist to get in contact. The radiologist had included a two-line reference to the mass in the “impressions” section near the end of the report. However, the urologist never returned the call and did not read the imaging report past the point in which the kidney stones were confirmed. Unfortunately, the patient was diagnosed with stage IV colon cancer 19 months later and subsequently died. The parties settled out of court for $4.5 million.

“Think of a metaphor: when (a) baseball players get on base by a hit or walk, the team and fans are overjoyed; but if the runners don't score and are left on base, they accomplished nothing,” said Berlin. “Metaphorically, the radiologist is thrilled when his report is sent immediately to the referring doc; but if the doc doesn't read it, nothing has been accomplished.”

Courts have tended to side with patients and their families in recent such cases of failed physician-to-physician communication, according to Berlin. In this case, he wrote, it is not enough for a radiologist to leave a message, but instead must “consummate” verbal communication.

“Win, lose, or agree to a settlement that precludes a jury verdict, a malpractice lawsuit terminates after a finite period and is eventually forgotten,” Berlin concluded in the JACR article. “However, a guilty conscience may linger forever, especially if a serious patient disability or death could have been avoided by a simple telephone call.”