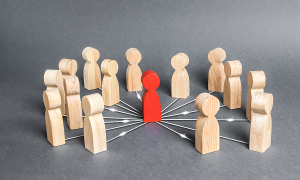 From the March 2020 issue of HealthCare Business News magazine

Cardiac MR is another emerging technology that could shake up the cardiac imaging world, but like cardiac CT (also covered in this issue), it currently represents a tiny share of the market. To get an idea of where things are, how and why the growth of the field could benefit patients, and what’s holding things back, HealthCare Business News spoke with Dr. Dee Dee Wang, director of structural heart imaging at Henry Ford Hospital.