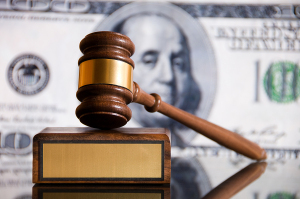 The agreement puts to rest accusations that the company violated the Anti-Kickback Statute, which prohibits payments to induce the referral of items or services covered by Medicare, Medicaid, TRICARE, and other federal healthcare programs.

“Unlawful kickbacks like these distort the market for medical devices upon which our healthcare system depends," Attorney for the United States Rachael A. Honig said in a statement. "For years, Merit Medical ignored internal warnings and refused to abide by the rules that apply to every other medical device company. With today’s settlement, they are paying the price for that refusal.”

MMSI allegedly provided kickbacks to providers through its Local Advertising Program in the form of millions of dollars in free advertising assistance, practice development, practice support and unrestricted “educational” grants. In exchange, recipients would use its EmboSphere devices for uterine fibroid embolization procedures and its QuadraSphere devices for other types of embolization procedures, rather than those of competitors.

A whistleblower named Dr. Charles Wolf, a non-practicing medical doctor and an accredited healthcare compliance professional who served as Merit’s chief compliance officer, brought the allegations to the attention of the United States, which filed a notice of intervention in June and the court unsealed the case. MMSI agreed to settle the allegations in July and talks began to do so, though it denied any wrongdoing.

The $18 million will be divided up, with $15.21 million going to the federal government and $2.79 million returning to individual states, which jointly funded claims involving MMSI devices submitted to state Medicaid programs.