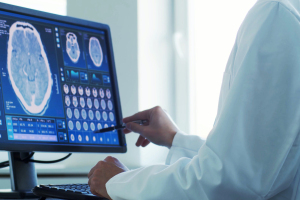 From the January/February 2021 issue of HealthCare Business News magazine

The idea for a post-RSNA 2020 state-of-the-industry roundup is intriguing.

Unlike RSNA’s of the past you couldn’t just walk by and see what everyone was showing, read the storyboards, see people’s responses to the features being demoed, etc. This, combined with nearly two-thirds fewer vendors “displaying” at RSNA precluded doing a “this is hot, this is not” show summary.

To say that 2020 was a different year is the understatement of the century. Were people still buying PACS? PACS is dead, long live PACS! Yes, you can still buy a stand-alone PACS and even a stand-alone Radiology Information System (RIS), but the market is getting further and further away from stand-alone solutions. Instead, integrated RIS/PACS solutions or better yet, Enterprise Imaging Solutions (EIS) are the name of the game. 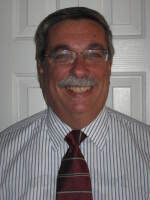 Mike Cannavo
What’s the difference? EIS are significantly more feature rich than a simple PACS offering a vendor-neutral archive (VNA), image sharing, RIS functionality, EMR/EHR connectivity, data analytics, and so much more. A PACS, by comparison, typically just captures, displays and stores images, with storage typically done in a proprietary fashion. What’s funny is that many people still call an EIS a PACS… So a PACS by any other name is still a PACS.

Having a virtual RSNA this year was a horse of a different color as well. Few vendors knew how to show their products in a virtual environment and, frankly, it showed. What to say, what not to say, and how to explain their products without actually having the end user seeing them in person being used were the biggest challenges. Even landing on a vendor’s home page often was a challenge. Many had several long paragraphs about their products followed by 10 to 15-plus-minute videos instead of just a one- or two-line overview and a two-minute video. Many also had no real-time interaction with sales reps. If you pinged them you were lucky if you got a response 3-4 hours later. But like everything else, the virtual RSNA turned out to be a worthwhile learning process for everyone and one that will hopefully make subsequent years’ shows even better.

There were several pluses as well. The RSNA showed that there is indeed a place for virtual displays and discussions. I wouldn’t be surprised to see a hybrid approach to RSNA in years to come either. This would include on-site presentations as in years past (please, Lord), complemented by online presentations as well, but in a slightly different format. Next year you might also see virtual booths like you did this year, combined with videoconferencing capability live from the floor. This is going to be key to RSNA’s growth, especially in light of flat to slightly negative attendance this show and many others have experienced in years past. (There simply is not an extensive budget to do trade shows anymore.) Allowing those who did not come, such as members of IT staff, administration, and others to see what the representatives at the show see in real time and provide added value to the facility or group. Of course, having the requisite bandwidth available from the RSNA or other sources will be crucial, as well as how and/or if the RSNA will allow it and/or at what cost (there always seems to be a cost at RSNA from emptying the garbage can on down). That said, it is something that I’m sure will be seriously considered by majors and independents alike.
1(current)
2
3