ED visits for respiratory illness down 62% among children: Study 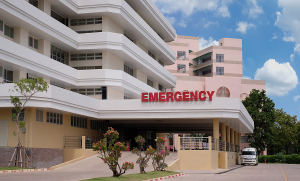 In a new study published in the Journal of Hospital Medicine, researchers at the Children’s Hospital at Vanderbilt analyzed data from 44 pediatric hospitals nationwide, to shed light on the impact the COVID-19 pandemic and response has had on pediatric patient volumes. The study specifically analyzed the rate of pediatric emergency visits for respiratory versus non-respiratory-related illnesses to observe an overall 42% decline in emergency visits and hospitalizations, including a 62% drop in visits related to respiratory illness and a 38% reduction in visits for all other non-respiratory related causes.

During the COVID-19 pandemic there has been an overall decline in outpatient emergency department visits more generally, according to other research published in the American Journal of Emergency Medicine. While findings varied by state, the researchers found a strong overall trend of decline in emergency department visits and hospitalizations for causes other than lower respiratory illnesses which, by contrast, saw significant upticks, corresponding with surges in COVID-19 infections, by as much as 67%.

The Children’s Hospital at Vanderbilt study is one of the first to specifically analyze what effect the pandemic has had on pediatric care. In contrast to the trends in the general adult population, its findings indicate that the largest observable decline in pediatric care emergencies has been among those caused by respiratory related illnesses.

Various potential causes for reductions in emergency visits during the pandemic have been proposed. In August of 2020, a study from Yale and Mayo Clinic observed a drop in emergency department visits by as much as over 60%, leading the authors to worry that fear of infection, potentially exacerbated by inadequate or misleading pandemic response messaging, may have caused a large number of people to delay and forgo necessary care.

Other researchers have concluded that the decline in emergency care visits is much more multifactorial, and in part due to how the pandemic has prompted greater availability of telehealth, in addition to the pandemic prompting people to make more conservative or shrewd decisions about when to avail themselves of emergency department care. Indeed, others have urged caution about embracing a return to normalcy in this area, noting that emergency departments are commonly overutilized for non-emergency treatment which results in increased costs for patients, increased challenges with respect to the delivery and affordability of care, and wasted healthcare spending.

By contrast, the authors of the Children’s Hospital at Vanderbilt study emphasize how measures in response to the pandemic such as social isolation and improved sanitation may have contributed to significantly improved rates of pediatric illness overall, and urge further study for the purposes of retaining reductions in the infection rate of other viruses, such as influenza.

"[Our findings] likely reflect reduced transmission of common respiratory pathogens resulting from pandemic response measures," said Antoon. "For example, we found striking reductions in ED visits and hospitalizations for common pediatric illnesses such as asthma, pneumonia and influenza. Respiratory illnesses are the most common cause of ED visits and hospitalizations in children."