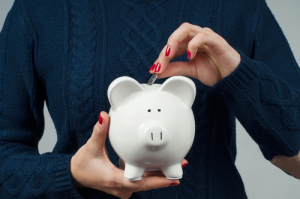 From the May 2021 issue of HealthCare Business News magazine

Traditional Bio-Med/Clinical Engineering departments have had to evolve to address the changing demands of healthcare.

Reflecting their increased responsibilities, departments have transitioned to Healthcare Technology Management (HTM) programs. The Bio-Med discipline first gained the spotlight in the early 1970s when Ralph Nader reported that hospitalized patients faced an increased risk from electrocution and operating room fires. Technology has since rapidly evolved with computers, networking, and patient safety playing an increasing role in medical device design. This has led to IT and safety concerns playing a much bigger role in direct patient care than even a few years ago, as directed by “Pay for Performance” initiatives.

HTM departments will always have a primary focus on equipment maintenance, but now they have a larger role in cost control, networking, life cycle planning, cybersecurity, and recall management and safety committee coordination. Devices and departments such as X-ray equipment, CT, lab technology, or even medical records — previously stand-alone systems — are now networked to save costs and improve efficiencies and safety. It is an evolving process that brings technology, physicians, and patients together and is commonly referred to as “Medical Home”. The downside: it’s a complicated practice in which technology has evolved beyond the “box”. The result is a new dimension in the service market by adding software, wireless, internet, and networking concerns.

With varying needs and markets, few industries have the luxury of access to one-size-fits-all technologies. Unique markets have motivated hospitals to develop their own technological environment designed to provide care relative to their patient mix. This requires a combination of multiple technologies and vendors, thus making the goal of “plug and play” difficult at best.

To address this, Bio-Med and IT departments have begun to work closely with each other and with vendors to manage the network. When individual service contracts are required, clearly defined services, rights, and responsibilities of each party should be indicated. Still, the bottom line is the network and its ability to assist in delivering healthcare, which remains the responsibility of the hospital. To facilitate this, a manager within the facility should be identified to take responsibility for the hospital’s network functions and upkeep.

Service is still an important issue when technology is involved. Along with the initial expense of acquiring technology, service can be a significant factor in its overall cost of ownership. Each year the U.S. healthcare industry will spend over $18 billion to provide service on medical technology. This accounts for 3 – 6% of what the original technology costs per year (IT accounts for up to 20% per year). Still, it’s a small amount compared to a facility’s overall costs for labor (50%) or consumables (15–20%).
1(current)
2 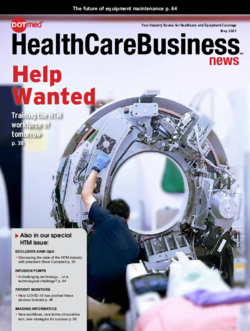