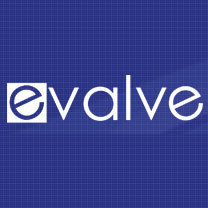 Acquired by Abbott
Abbott Labs, gaining a foothold into what promises to be a white-hot market for transcatheter heart valves for MR once they are approved in the U.S., says it will acquire the 90 percent of privately-held Evalve, Menlo Park, CA, that it doesn't already own.

The deal involves an upfront payment of $320 million in cash, plus an additional payment if Evalve meets its clinical trial milestones, for a total of up to $410 million.

The valve is now being tested in a pivotal trial called "Realism." The study is a multi-center trial designed to collect information on patients using its "MitraClip" valve, Evalve says.

Patients will undergo 30-day, 6-month and 12-month clinical follow-up and yearly follow-up for 5 years. The study has two arms: a high risk arm and a non-high risk arm.

Transcatheter valves, made of bovine tissue, are nonsurgical treatments for MR, that make open-heart surgery unnecessary. MR prevents the mitral valve from closing completely and is the most common heart valve condition in the U.S. and in Europe, Abbott says.

Mitral regurgitation (MR) occurs when the leaflets (or flaps) of the heart's mitral valve do not close properly and leak. During pumping, the leak in the mitral valve causes blood to flow backward into the left atrium, decreasing blood flow to the body. To maintain blood flow and compensate for the MR, the left ventricle must pump harder. Backflow due to MR places an extra burden on the left ventricle and lungs, eventually leading to stroke, sudden death or irregular heartbeat, according to Evalve.

Although transcatheter valves are widely used in Europe, no valve of its kind has been approved in the U.S. and patients needing valve replacement must undergo open-heart surgery.

Edwards Lifesciences' transcatheter valve is expected to be the first to win FDA clearance in 2011. Results from its pivotal U.S. trial show it to be a resounding success. Reports from Europe are just as encouraging so far.

Meanwhile Evalve says its valve was first to win approval in Europe and is now battling for market share there against Edwards Lifesciences and Corevalve, which was recently scooped up by Medtronic. Evalve's "MitraClip valve," which clips the leaflets of the mitral valve together to reduce regurgitation, is similar to its rivals' devices.

As for the acquisition, Abbott will fund Evalve's trial and offer the startup, founded in 1999, a formdiable cardiovascular marketing team, as Abbott is a leader in the cutthroat drug-eluding stent arena.